Jaffareadstoo is delighted to be part of the blog tour

What's the book about...

Rosie and Nate had the perfect relationship. But they struggled to cope with the devastating news their daughter Emmie has incurable cancer. It feels like their world – and their relationship – has come crashing down.

They must do everything to support their little girl, but can they stop their marriage falling apart?

Unbeknownst to her parents, Emmie is on a mission. She is determined to make them see what brought them together in the first place – and make them fall in love all over again.

It's every parent's worst nightmare to be told, with heart-breaking honesty, that your precious child is facing a terminal illness. For Rosie and Nate this becomes the reality of their lives, and even though they realise that every single second spent with Emmie is precious, they also have to get on with daily life. But this is never going to be easy because as Emmie grows she is determined to live what remains of her life in her own inimitable fashion. However, it must also be said that Rosie and Nate live in the shadow of Emmie's illness every single day, and they find to their cost that even the best of marriages can falter when confronted with such a huge emotional hurdle.

I thought the story of a family facing such a crisis was handled really sensitively, and what could have developed into a mawkish and overly sentimental tale soon became filled with the strength and purpose of a remarkable child who was determined to do everything she could to leave her own lasting legacy in order to keep her parents together. I really enjoyed watching Emmie's character progress, she is feisty, intelligent, with a maturity beyond her tender years, and I think that the author perfectly captures the fear and also the emotion of living with such a challenging prognosis.

Rosie and Nate could be any parent living with a such nightmare and their own fierce determination to allow Emmie the chance to be herself, meant that unfortunately, that they lost sight of what was really important to them as a couple.

The book is both happy and sad in equal measure. There are some nice touches of light and shade and I think that the author has succeeded in creating some powerful characters who really make a difference to the story. Doctor Tom is a delightful character, and I would hope that all NHS hospitals have counsellors like him, who with sympathetic consideration really helped to make a difference.

I finished the book with a whopping big lump in my throat but with joy in my heart for a story well told.

Best read with ...A salted caramel muffin and a comforting cappuccino.. 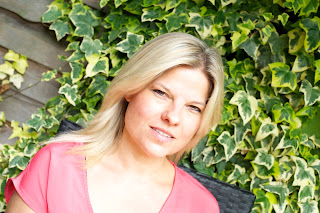 Find out more about the Author on her website


My thanks to Bethan at edpr for the opportunity to feature this story and to be part of the blog tour.