Jaffareadstoo is delighted to be hosting the last day of 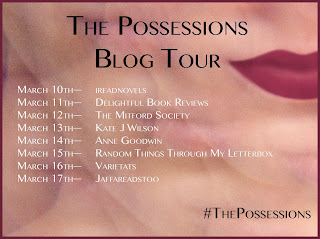 Who will prevail – the woman or the ghost? A worker at an organisation which channels the dead for the grief-stricken begins an illicit affair with a client. But as she gets closer to him, she begins to question whether he is telling the truth about his wife's death.

Working for the Elysian Society, Eurydice (Edie) is just one of  a number of ‘Bodies’ who rents her services so that the recently bereaved can take advantage of her disassociated state to communicate with their loved ones beyond the grave. Using objects which were once linked to the deceased, the Bodies then swallow the Lotus, a small white pill which allows a metamorphosis to take place. Intimate contact between user and Body is not encouraged and whilst there are protective considerations in place to safeguard this exchange, inevitably some users want more than can be safely offered.

In her role as a Body, Edie is bound by a strict moral code but she’s also an enticing enigma, prone to her own brand of secrecy, and, as such, she is destined to become inextricably linked with a mystery that opens up, for her, more questions than it does answers. Her association with client, Patrick Braddock is intense, as is her connection to his dead partner, Sylvia. Both situations are fraught with irregularities, and, as the plot starts to diverge beyond the connection laid down as acceptable by the Elysian Society, a dangerous subplot starts to develop between Patrick and Edie.

The Possessions is set in what could be a dystopian world, a place where the past stays hidden and the future reaches out into white space which, at times, appears bleak and unfathomable. Memories surface and linger and a shimmering disquiet bubbles away just beyond reach. The concept of communicating with the dead takes the image of dusty séances that bit further and succeeds in delivering a story which is in part ghost story and part illicit romance.

The premise of the story is cleverly addictive and I enjoyed being taken into a very different world. I think that the author has shown considerable imagination in delivering a story which goes beyond the ordinary, and which make you think about life and death in a different way. By the time the story finishes, the concept of something like this existing in a parallel universe is perhaps not so unbelievable after all... 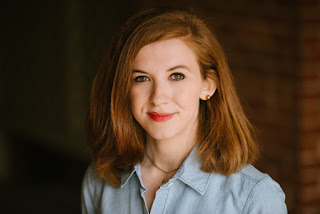 Sara Flannery Murphy was born in Little Rock, Arkansas and received an MFA in Creative Writing from Washington University in St. Louis. Currently, she lives in an Oklahoma college town with her husband and son. The Possessions is this author’s first novel.

My thanks to Adam at Scribe for his invitation to be part of this blog today.


to promote The Possessions. Here's the link 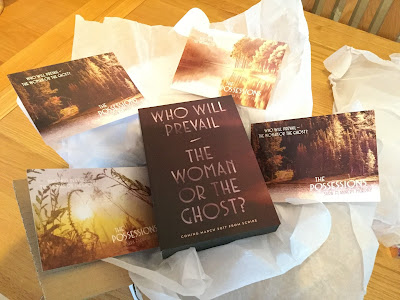