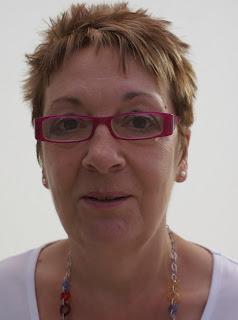 Home from Home by Cath Cole 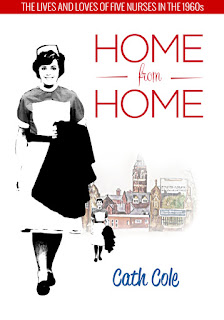 The Origins of Home from Home

Depending on the individual I am talking to or the characteristics of the group I am with, readers ask a range of questions. These questions might be as varied as: Why did you write about a group of nurses in the 1960s?  Where is Farnton? Or perhaps the most interesting – Why did you write a historical novel? The latter question from a lovely lad, young enough to be my grandson, but I hasten to add, only by the narrowest of margins. We were fellow students studying for a Master’s degree in Creative Writing. He was astounded when I told him that the novel was very loosely based on my lived experience. He told me he would never have guessed I was SO very old. He emailed me recently to tell me he had bought a copy of "Home from Home" as a birthday present for his grandma.

Why did I write about a group of nurses training in the late 1960s? The three years of State Registered Nurse (SRN) training and the twenty months prior to training spent as a nursing cadet were a catalyst for me. I was utterly changed by the experiences of being both a cadet and a student nurse. I left school, at sixteen, a naïve girl from a working class background, university was never an option for me, the Infirmary was my best option for a qualification and a career. By the time I qualified as a SRN aged twenty-one I was a more sophisticated girl. The feeling of belonging and self-worth I gained through hard, sometimes gruelling work, friendships and discipline as well as the camaraderie needed to rise above the sometimes petty rules and necessary strict discipline underpinned the successful professional life I subsequently enjoyed. In addition, one of my nursing friends insisted I accompany her to a family party where she introduced me to her cousin who has been my husband for a very long time. The story of our meeting is played out in the novel.

Farnton is a corruption of Farnworth and Bolton. I was reluctant to use the actual names of the towns and names of restaurants, cafes and shops for fear of criticism that I had misrepresented reality. In my second novel I have thrown caution to the wind, actual names of villages, towns, pubs and shops abound. I was also concerned that if Bolton General Hospital and Bolton Royal Infirmary were used, readers, aware of the two hospitals, might be tempted to attribute the characters to real people. Which one of the girls are you? Is a frequently asked question. The answer is none of them, although some of the incidents reflect my experiences.

Another reason, and one I do not always admit to, is that writing about training to be a nurse in time of huge social and cultural change means I have left something behind for my grandchildren. A record of a different time, a time without sophisticated technology. A time when the social order was more clearly defined. A time of simple pleasures yet a time of revolution led by young people. A time when the old post war values were challenged and different voices began to be heard. And best of all a time of the greatest music ever.

Home from Home: The lives and loves of five nurses in the 1960s

A touching, bold and, at times, amusing account of the lives and loves of five trainee nurses in the 1960s.

Home from Home is the true-to-life, moving story of five student nurses in the 1960s. Twice a bestseller on Amazon's medical fiction chart!

The lives of Theresa, Maggie, Jenny, Sarah and Chris are about to change forever as they start their nurse training at The School of Nursing at Farnton General.

They soon realise that they have much to learn about life, both on and off the hospital wards. A strong bond is formed as the young women face the challenges presented by families, boyfriends and their nursing responsibilities.

Friendships are tested as the young nurses experience the joys and heartbreaks of growing up. But for each of them, for different reasons, the hospital will become a home from home.

My thanks to Cath for sharing her thoughts about the writing of Home from Home and what it means to her.

I trained as a nurse in the 1970s so a lot of what Cath says resonates with me.

I hope you have enjoyed this week's Featured Author