As  a huge fan of the QI programme 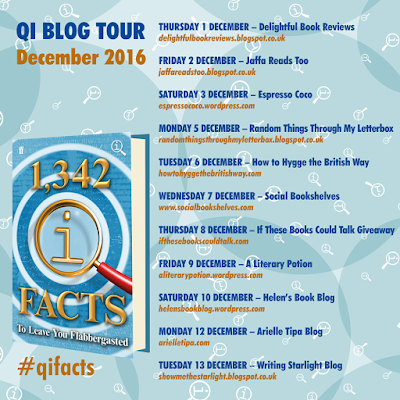 I'm really excited to share with you this Factifying Guest Post by John Mitchinson, QI’s head researcher and co-author, 1342 QI Facts to Leave you Flabbergasted 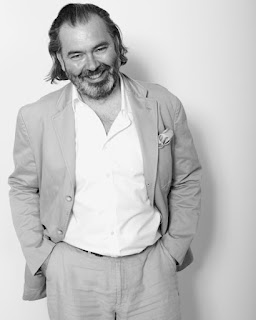 In the early days of QI, when John Lloyd and I were asked, ‘where do you get your facts?, we used to refer people to a small shop in Cullercoats, a village on the Northumbrian coast. We were kidding, of course (at least, that’s what we tell people…)

A more direct answer is that we get our facts by asking questions. Given the co-author of this blog is feline, what kind of questions would we ask a cat? We have a shelf of books on cats in QI HQ, exploring physiology, behaviour, history and symbolic function. The internet, even the bits not filled with cute GIFS of kittens, is brimming with research and debate about their virtues and vices. Despite this, we are no closer to solving the ineffable mystery of cats than we were when we started. We know they sleep for 85% or their lives. We know only a quarter of cat ‘owners’ say they deliberately went out to acquire a cat: in 75 per cent of cases, it was the cat that acquired them. And studies have shown that many more people claim to own a cat than there are cats. The closer we look; the deeper the mystery. And are cats any help? Jaffa?

But the long process of sifting books, magazines, blogs and academic research does pay off occasionally. Here’s one cat-related question we think we’ve nailed. That unpleasant slimy thing they leave on the stairs after they’ve killed and consumed a mouse? It’s the mouse’s caecum, the enlarged section of the large intestine which is full of fermenting seeds. No one know why cat’s leave it – but the best guess is that it's a way of avoiding toxins the mouse has ingested. Knowing cats, it might just be because they don't like the taste .

A small but interesting question answered. A tiny drop of truth in an ocean of speculation. We once worked out that a minute of QI the TV show, usually has half a day of research behind it. That may seem wasteful, but the gathering of facts is its own reward. Galileo understood this: ‘Facts which at first seem improbable will, even on scant explanation, drop the cloak which has hidden them and stand forth in naked and simple beauty.’

1342 QI Facts To Leave You Flabbergasted is researched and complied by:

Here are my thoughts..

There's nothing I like better than a good list and to have an amazing 1342 facts listed in such a really easy to read format is something that really appeals to my sense of order.

Of course, this is one of those books that you can pick up and open at whim and yet, I guarantee that within a few minutes, you will be avidly scanning the pages for another interesting fact that you never knew you needed to know. I love how they all blend seamlessly and very cleverly together.

Some of the facts, it must be said  made me laugh out loud especially the word that Robert Browning inadvertently used in his poem 'Pippa Passes'...

Some of the words I intend to make good use of, particularly, Plother which it seems to do nonstop here in the North West and also Subrident which is something Jaffa makes me do every day...

Huge thanks to John for his Factifying guest post and also to Ruth and Diana at Ruth Killick Publicity for  their invitation to be part of the #qifacts Blog Tour and for all their support and help.