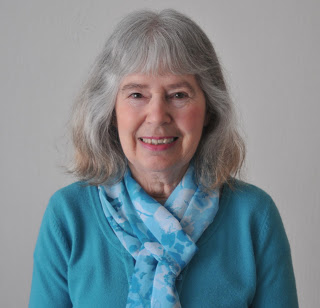 I know why my Spanish grandmother left her home in Santiago de Compostela, but not why she chose to emigrate to Liverpool, England, rather than Spanish-speaking Argentina, the direction many of her fellow emigrants chose. Whatever her reasons, I am grateful for her choice – otherwise I wouldn’t be here to tell the tale!

Micaela arrived in Liverpool in 1904. Looking at photographs of the city taken at the time, I wonder what her reactions were. She was 27 years of age, widowed, and had left behind parents, grandparents, and younger siblings, to make a new life in a city whose language and culture were completely alien to her. Looking at Liverpool’s magnificent – and world-renowned – waterfront now, I have to remind myself that when Micaela arrived the Three Graces were yet to be built and it would be many years before the awe-inspiring Anglican Cathedral would dominate the skyline. The concept of an ‘Anglican’ Cathedral would also be beyond her understanding and she would not live to see the Metropolitan Cathedral rise at the opposite end of Hope Street.

Growing up knowing very little of my Spanish grandmother’s life before she arrived in Liverpool, it has taken me sixteen years to piece together Micaela’s story. Over many visits to Santiago de Compostela I have traced the houses she lived in; the churches where she and other members of her family were baptised and married; the shop where her grandfather had his hatter’s business; even the building where her artist father exhibited his paintings in the 1920s. Micaela would still recognise the city streets, except for the traffic; the houses she lived in would be just as familiar. This is not the case in Liverpool, where in the aftermath of bombs, bulldozers and modern planning, the city she lived in until her death in 1950 has changed beyond recognition.

This is a recent photograph of the house in Santiago de Compostela where my grandmother was born in 1887 – the one with the two balconies. Of course it must have been updated internally, but the structure looks as sound today as it would have been over a century ago. 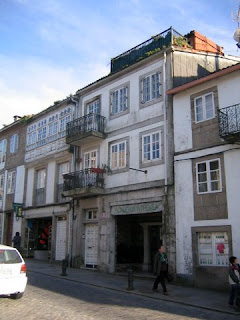 This is a recent photograph of the church – the San Pedro Apostol – where many of my ancestors were baptised and/or married: 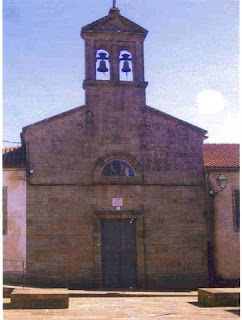 In contrast, the church in Liverpool where my grandmother married my grandfather, a Spanish seaman, in 1907, was bomb damaged in 1941, rebuilt in the 1950s, closed in 2001 due to diminishing congregations, and finally demolished in 2004.

A photograph of Micaela and José taken after their marriage 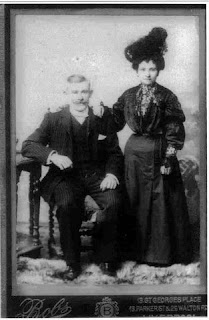 It seems ironic that the places connected with Micaela’s life in Spain still exist, but not those in Liverpool. Contrast the street where my grandmother was born, with the one where my mother was born in October 1908; this photo was probably taken in the 1930s. 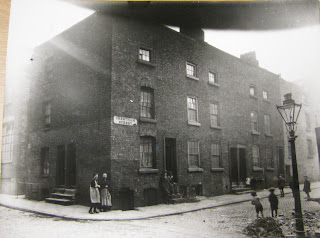 And this is a recent photograph: 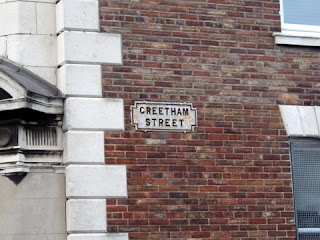 The street name is still there, but most of the street has been demolished. It is one of the few areas where the original cobbles remain and I couldn’t resist walking on them – following in my grandmother’s footsteps!

A couple years ago, the Hispanic Liverpool Project was formed by Dr Kirsty Hooper, at that time head of Hispanic Studies at The University of Liverpool. The aim of this project is to ‘gather, preserve and share the forgotten stories of Liverpool’s Hispanic community’. Becoming a member of that community, meeting others with a similar background to mine, sharing family histories, enjoying social occasions, heritage walks, etc, has become an important part of my life. It has given me an insight into my Spanish roots and into the tightly-knit community of Spanish immigrants who made Liverpool their home.

Although I now live 20 miles outside Liverpool, I still have strong connections with the city and visit regularly. Great changes have taken place even in my lifetime, some for the better – of course slum housing needed to be swept away – some to be regretted, we have lost too many architectural gems in the name of progress. However, I like to think that my grandmother would have appreciated the vast improvement to the Albert Dock area, a big tourist attraction, and also the attractive Liverpool 1 shopping complex. She would still recognise St George’s Hall, the Walker Art Gallery, the World Museum and The Central Library, an area which still takes my breath away however often I visit. The river may be less crowded with ships than it was in her day but it is just as vibrant – and you can still catch a ‘Ferry Across the Mersey’!

My book Chasing Shadows is testament to the fact that my heritage is deeply rooted in two very different, magnificent, northern cities. 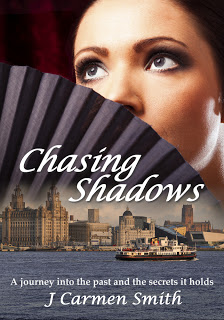 What a fascinating story !

Huge thanks to J Carmen Smith for her guest post about how she came to have her northern roots in the city of Liverpool and how her grandparents were such a wonderful inspiration for her book Chasing Shadows.


Thanks also to Ian at Corazon Books for his help and enthusiasm for my Close to Home Project.

Hope you've enjoyed reading it as much as I have..


Coming Next Week :  Ian Skillicorn from Corazon Books will be talking about