I’m delighted to get the New Year off to a great start with my Featured Book of the Month
From their faithful camper van to boats, kayaks, bicycles, and motorbikes, join stars of Outlander Sam and Graham on a road trip with a difference, as two Scotsmen explore a land of raw beauty, poetry, feuding, music, history, and warfare.
Unlikely friends Sam and Graham begin their journey in the heart of Scotland at Glencoe and travel from there all the way to Inverness and Culloden battlefield, where along the way they experience adventure and a cast of highland characters. In this story of friendship, finding themselves, and whisky, they discover the complexity, rich history and culture of their native country.
📖 My thoughts...
This book was a Christmas gift from my daughter and reading it has been just the antidote needed to survive this lockdown festive period. Beautifully written with all the jovial banter you would expect from two alpha males, both fellow Scots, each of them liking their share of the spotlight, and it must be said the odd glass, or two, of whisky and fine wine.
Moving effortlessly between narrators both Sam and Graham take us around their beloved Scotland in an intrepid camper van journey which is not without incident, or the odd argument, as each of them recount details from their past as jobbing actors, and from their starring roles as part of the Outlander television series on Starz.
Fans of either the Outlander novels, or the television series, will no doubt love this book as it contains enticing snippets about the filming of the series which, so far, we have not been privy to. I won't recount them here for fear of spoiling anything but they made me laugh out loud and I could well imagine the mischief and mayhem on set when these two funny guys were working together. There's quite a bit of Scottish history included and it’s done with affectionate charm for their motherland and a fine eye for historical detail as both the actors are gifted storytellers and whilst they do admit to having help with the writing of the book, it is indeed their voices which can be heard loud and clear.
Clanlands : Whisky, Warfare, and a Scottish Adventure Like No Other is an entertaining travelogue through the beauty and history of Scotland in the company of two charismatic and mischievous narrators. And even though primarily the book will appeal mostly to Outlander fans, and with a foreword written by Diana Gabaldon, why wouldn't it! The book also ties-in with the TV series Men In Kilts which is coming to Starz in 2021.
I have no hesitation in making Clanlands my Featured Book for January. I've heard a little whisper that the Audible edition, narrated by Sam and Graham, is rather special 😉
About the Authors
Sam Heughan is an award-winning actor and philanthropist, best known for his role as Jamie Fraser in the hit TV show Outlander. With his growing success and fame, Sam has also lent his voice and platform to raise funds and awareness for many notable charities.
Graham McTavish has been acting for over 35 years in theatre, film and television. On film and TV he is best known for his roles as Dougal McKenzie in Outlander, the fierce Dwarf Dwalin in The Hobbit trilogy, and AMC's cult show Preachers as the Saint of Killers.
Twitter @SamHeughan @grahammctavish
@HodderBooks
@MeninKiltsSTARZ 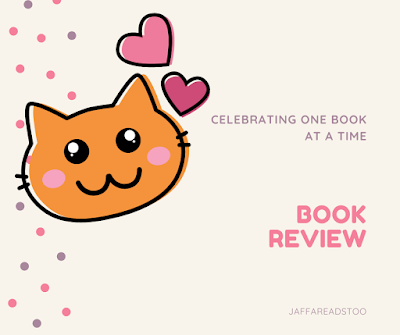