An imposing, isolated hotel, high up in the Swiss Alps, is the last place Elin Warner wants to be. But she's taken time off from her job as a detective, so when she receives an invitation out of the blue to celebrate her estranged brother's recent engagement, she has no choice but to accept.
Arriving in the midst of a threatening storm, Elin immediately feels on edge. Though it's beautiful, something about the hotel, recently converted from an abandoned sanatorium, makes her nervous - as does her brother, Isaac.
And when they wake the following morning to discover his fiancée Laure has vanished without a trace, Elin's unease grows. With the storm cutting off access to and from the hotel, the longer Laure stays missing, the more the remaining guests start to panic.
But no-one has realized yet that another woman has gone missing. And she's the only one who could have warned them just how much danger they're all in...

My thoughts...
High in the Swiss Alps a new minimalist hotel opens, however, it is not without controversy, as Le Sommet sits on the footprint of what was once a rather grim sanatorium for people with tuberculosis. Local opposition runs high and there are those who would rather the hotel just didn’t exist.
Police Detective, Elin Warner and her partner, Will Riley, have been invited to the hotel to celebrate Elin’s brother’s engagement to Laure who is the assistant manger of the hotel. Emotions run high especially for Elin who is currently on extended sick leave with PTSD. When Laure goes missing, leaving no clues to her disappearance, Elin needs to draw on all her emotional, and professional, strength to try to figure out just what is going on at Le Sommet.
What then follows is a decidedly chilly story which has all the necessary elements of surprise needed for a thrilling whodunnit. The icy setting, against a snowy backdrop heightens the claustrophobic nature of the story and as Elin gets drawn deeper into the investigation, so her own insecurities start to come to the fore.
Right from the start there is an undercurrent of unease, which surrounds, not just the hotel, but also the people associated with it and when atrocious weather causes some guests and staff to be stranded at Le Sommet this creepy sense of unrest is made so much worse when a gruesome discovery is made.
The claustrophobic nature of being high in the Swiss Alps in a creepy and isolated hotel in the middle of a swirling snowstorm and with so many people staying at the hotel who have hidden agendas then you have all the right ingredients for a decidedly chilly and very atmospheric read.
The Sanatorium is a commendable debut by a talented new voice in the psychological thriller/crime fiction  genre.
About the Author 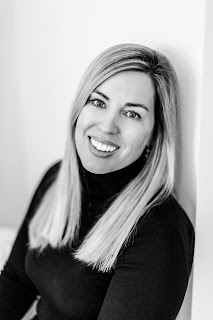 Sarah Pearse lives by the sea in South Devon with her husband and two daughters. She studied English and Creative Writing at the University of Warwick and worked in Brand PR for a variety of household brands. After moving to Switzerland in her twenties, she spent every spare moment exploring the mountains and still has a home in the Swiss Alpine town of Crans Montana, the dramatic setting that inspired her novel. Sarah has always been drawn to the dark and creepy - remote spaces and abandoned places - so when she read an article in a local Swiss magazine about the history of sanatoriums in the area, she knew she’d found the spark of the idea for her debut novel, The Sanatorium. Her short fiction has been published in a wide variety of magazines and has been shortlisted for several prizes.
Twitter @SarahVPearse #TheSanatorium
Instagram @sarahpearseauthor
@RandomTTours 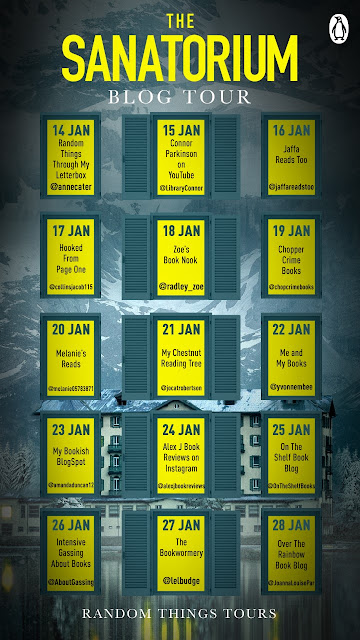