📖 Blog Tour ~ Into the Woods by David Mark

Delighted to be part of the blog tour today

If you go into the woods, you're in for a dark surprise.
Thirty years ago, three girls followed a stranger into the woods. Only two returned. The surviving pair have never been able to remember what happened or what the fate of the third girl was. Local rumours talk of hippies and drugs and mystic rituals, but no one has learned the truth.
This story is just what Rowan Blake needs. He's in debt, his journalistic career is in tatters – as well as his damaged body – and he's retreated to the Lake District to write. Yet even Rowan isn't prepared for the evil he is about to unearth, for the secrets that have been buried in that wood for far too long...
📖 My Thoughts...
As the story begins Rowan Blake is in the Lake District, sheltering from the pitfalls of his life at the wonderfully named Bilberry Byre, supported by his hippy sister, Serendipity, who seems to be his go-to person when his life gets a little rough. That Blake is a belligerent man who is prone to moods of despair comes across from the outset and yet for all his moods he a likeable man with huge potential.
That Blake has hit rock bottom is obvious for although an accomplished writer and journalist his last two true crime books, whilst critically acclaimed, haven't brought in the sales he so desperately needs to survive. Having been badly injured due to a recent altercation, Blake finds that he relies heavily on both his sister, and his young niece, Snowdrop, herself budding journalist, which doesn't help either his irascible moods, or his peace of mind.
Then out of the blue, Blake's interest in piqued by a thirty year old local story involving three young girls who disappeared for a time into the woods with a stranger but only two of them ever returned. Blake sets out to find out just what happened to the missing girl with dangerous consequences. There is much to learn as the investigation is far from straightforward and the assorted characters who flit into and out of the story each bring their own particular skill to the story. The complexity of what is being uncovered takes some concentration and the dark and brooding northern background only adds to the dark and disturbing feel of the story.
After something of a slow start the book picks up pace as the story progresses, and the dark and sinister edge continues throughout. As Into the Woods is the first book in a proposed trilogy, it will be interesting to see where this talented writer takes the story to next time.
About the Author 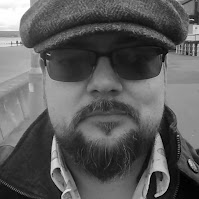 David Mark spent more than fifteen years as a journalist, including seven years as a crimereporter with theYorkshire Post. His writing is heavily influenced by the court cases hecovered: the defeatist and jaded police officers; the competent and incompetent investigators;the inertia of the justice system and the sheer raw grief of those touched by savagery andtragedy.He writes the McAvoy series, historical novels and psychological suspense thrillers.DarkWinterwas selected for the Harrogate New Blood panel (where he was Reader in Residence)and was a Richard & Judy pick and aSunday Timesbestseller. He has also written for the stage,for a Radio 4 drama (A Marriage of Inconvenience) and has contributed articles and reviews toseveral national and international publications. He is a regular performer at literary festivalsand also teaches creative writing.
Twitter@davidmarkwriter #IntotheWoods
Website
Facebook
Head of Zeus @AriesFiction 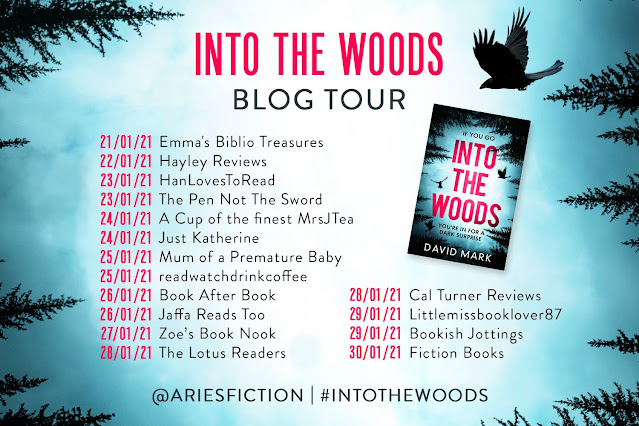