📖 Blog Tour ~ An American in Paris by Siobahn Curham

📖 Delighted to be part of the blog tour today 📖

As Nazi troops occupy the City of Lights, American journalist Florence is determined to do everything she can to save her adopted home and the man she loves.
Florence had arrived in Paris in 1937 and on a beautiful summer’s day, met and fell in love with Otto, a Jewish artist from Austria, who had fled persecution in his homeland. But as swastikas are draped along the city’s wide boulevards, everything Otto was running from seems to have caught up with him.
Both Florence and Otto begin lending their talents to the Resistance, working to sabotage the Germans right under their noses. Florence’s society columns that, before the war were filled with tales of glamorous Parisian parties, now document life under occupation and hide coded messages for those fighting outside France for freedom. While Otto risks arrest in order to pin up the anti-Nazi posters he designs by candlelight in their tiny apartment.
But with every passing day, things become more dangerous for Otto to remain in Paris. If Florence risks everything by accepting a secret mission, can she ensure his survival so that they can be reunited once the war is over.
My thoughts...
Two times frames, many years apart, feature heavily in this dual time narrative but what unites the stories is the quest for Sage in the present day to discover more about her family and about the events which occurred in Paris in 1937 when American journalist Florence meets Jewish artist Otto for the first time.
Both time frames have a reliable authenticity and I have enjoyed experiencing the atmosphere when Paris was just on the cusp of WW2. Florence’s story is particularly poignant as not only is she in the city when the Germans invade but also she must try to keep her life in balance even though she gets caught up in some dangerous situations. The present day story, that of social influencer, Sage is handled well as it brings to light the difficult pressures of living life in the media spotlight when one slip up can turn social media into a vitriolic minefield.
The author writes well and I found both aspects of the story interesting. The characters are well thought out and imaginatively described so that it becomes easy to become emotionally attached to them. I was especially drawn towards the story of both Florence and Otto who endured so much and whose combined stories are poignant and heartbreaking.
Cleverly switching between time frames, An American in Paris is a multi-generational story of love, loss and heartbreak which is all beautifully captured against a stunning Parisian backdrop.
About the Author 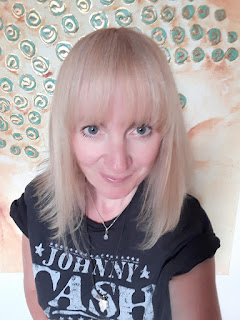 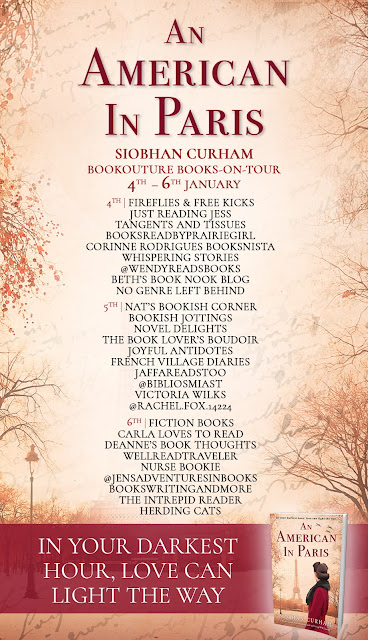