Our parents were taken. And if we go home, the Nazis will take us too…’
Hamburg 1938. Fifteen-year-old Asta is hurrying home from school with her twin brother Jurgen. The mood in the city is tense – synagogues have been smashed with sledgehammers, and Asta is too frightened to laugh as she used to.
But when she and Jurgen are stopped in the street by a friend, her world implodes further. Her Jewish parents have been dragged into the streets by German soldiers and if she and Jurgen return to their house, they will be taken too.
Heartbroken at the loss of her parents, Asta knows they must flee. With her beloved brother, she must make the perilous journey across Germany and into Denmark to reach their only surviving relative, her aunt Trine, a woman they barely know.
Jammed into a truck with other refugees, Asta prays for a miracle to save herself and Jurgen. Crossing the border is a crime punishable by death, and what she and Jurgen must embark on a dangerous crossing on foot, through the snowy forest dividing Germany and Denmark. And when barking dogs and armed soldiers find Jurgen and Asta escapes, she must hold on to hope no matter what. One day she will find her twin, the other half of herself. Whatever the price she has to pay..
My Thoughts..
Jewish twins, Asta and Jurgen are a just a couple of ordinary teenagers who enjoy living their lives with their parents in the city of Hamburg. However, it's now 1938, and as the political arena starts to change in Germany so the family face particular hardship when animosity towards the Jewish population starts to creep into their everyday lives. With unspeakable horror, Asta and Jurgen witness their parents being forcibly removed from their house but thanks to the kindness of their neighbours the twins are able to flee the city and undertake a perilous journey to find their only other relative in Denmark.
The story which follows is an emotional roller-coaster which sees the twins placed in grave danger as they make their way through a country in turmoil. The author writes with emotional conviction and brings to life the danger and despair of those who are, quite literally, running for their lives. Told in two time frames which begin primarily in Northern Sweden in 1995, before switching to WW2 Germany, I thought that both sections have a strong historical authenticity and I felt just at comfortable in the cold and ice with the old man and his granddaughter in Sweden as I did in the fierce distraction in the forests of Southern Jutland in late 1938.
Beautifully and emotionally written The German Girl is a heartbreaking story of hardship, despair and unerring bravery in the face of great tragedy.
(Just a note to say that this story was previously titled : The Flight of Swallows)
About the Author 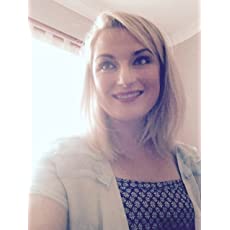 Lily has been telling stories since she was a child, starting with her imaginary rabbit, Stephanus, and their adventures in the enchanted peach tree in her garden, which she envisioned as a magical portal to Enid Blyton’s Faraway Tree. She’s never really got out of the habit of making things up, and still thinks of Stephanus rather fondly.
She lives with her husband and her English bulldog, Fudge, and brings her love for the sea and country-living to her fiction.
@Bookouture #BooksonTour
Website
Facebook
@lilygrahambooks #TheGermanGirl 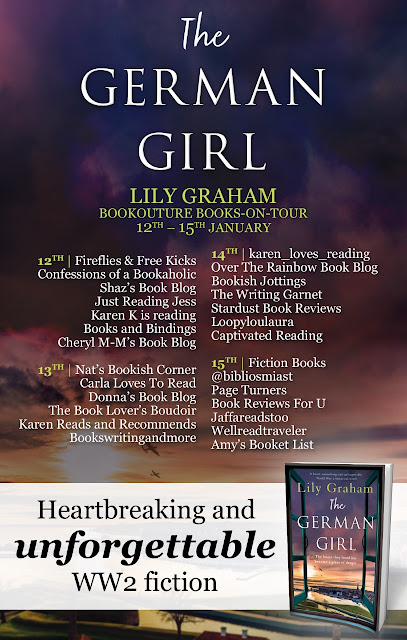