In Oak Knoll, a verdant, tight-knit North Carolina neighborhood, professor of forestry and ecology Valerie Alston-Holt is raising her bright and talented biracial son. Xavier is headed to college in the fall, and after years of single parenting, Valerie is facing the prospect of an empty nest. All is well until the Whitmans move in next door―an apparently traditional family with new money, ambition, and a secretly troubled teenaged daughter.

Thanks to his thriving local business, Brad Whitman is something of a celebrity around town, and he's made a small fortune on his customer service and charm, while his wife, Julia, escaped her trailer park upbringing for the security of marriage and homemaking. Their new house is more than she ever imagined for herself, and who wouldn't want to live in Oak Knoll? With little in common except a property line, these two very different families quickly find themselves at odds: first, over an historic oak tree in Valerie's yard, and soon after, the blossoming romance between their two teenagers.

Told from multiple points of view, A Good Neighborhood asks big questions about life in America today―What does it mean to be a good neighbor? How do we live alongside each other when we don't see eye to eye?―as it explores the effects of class, race, and heartrending star-crossed love in a story that’s as provocative as it is powerful.

Sometimes a book comes along at the right time. I'm a great believer in a book suiting a reader rather than a reader suiting a book and A Good Neighbourhood helped to get my reading mojo back in this confused and gloomy time when, because my mind has been on lots of other things, I couldn't really settle into a story.

A Good Neighbourhood impressed me right from the start and almost at once I became part of this good neighbourhood, with its neat trimmed lawns, impressive square acreage of houseroom and a monthly book club that had me envious of the camaraderie shown to each of the neighbours. Their welcome to the new neighbour, Julie Whitman, is impressive even though she made the ultimate faux pas of taking foie gras to a group of women  who are strongly immersed in animal welfare.

Valerie Alston-Holt and her charming son, Xavier have been part of the Oak Knoll community since Xavier was a baby, and this year he is about to go to college to study music. His life seems pretty much settled, and on track, that is, until pretty Juniper Whitman moves in next door, and a relationship develops between Xavier and Juniper, which, despite all the odds, seems to move on rather quickly.

What then follows is a compelling coming-of -age story, and of how a blossoming romance between two lovely young people very quickly becomes something rather different. Tackling the racial issue sympathetically is sometimes difficult to get right but the author's delicate way of handling this subject brings the dilemma into stark focus, whilst at the same time highlighting the petty prejudices of small town America.

Beautifully written from first page to last, A Good Neighbourhood had me engrossed from the start, and I read the book in one sitting as I couldn't put it down. Parts of made me angry, others made me smile, and sometimes, I was just so unutterably sad by the outcome that I sobbed.

I know in this gloomy time uplifting and feel good stories are perhaps more in order but reading A Good Neighbourhood suited my mood and took me out of isolation and into the fictional world of the good neighbours of Oak Knoll.

THERESE ANNE FOWLER is the author of the New York Times bestselling novel Z: A Novel of Zelda Fitzgerald and A Well-Behaved Woman. Raised in the American Midwest, she moved to North Carolina in 1995. She holds a BA in sociology/cultural anthropology and an MFA in creative writing from North Carolina State University. 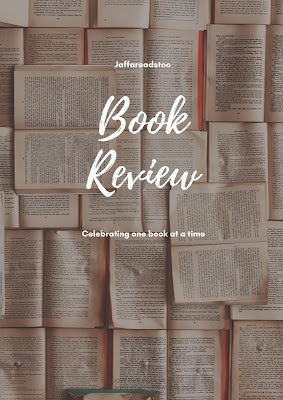