Thrilled to be hosting a stop on this blog tour

Meet Kelly. A brilliant but socially awkward robotics engineer desperately seeking a wedding date. Meet Ethan. Intelligent, gorgeous, brings out the confidence Kelly didn’t know she had and … not technically human. (But no one needs to know that.) With her sister’s wedding looming and everyone in the world on her case about being perpetually single, Kelly decides to take her love life into her own hands – and use her genius skills to create Ethan. But when she can’t resist keeping her new boy toy around even after the ‘I do’s’, Kelly knows she needs to hit the off switch on this romance, fast. Only, when you’ve found (well, made) your perfect man, how do you kiss him goodbye? 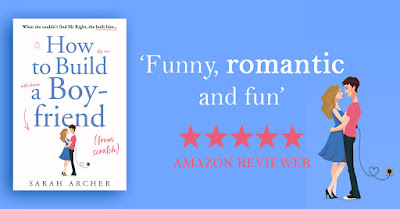 Kelly is under enormous pressure from her family to find herself a  boyfriend so that he can be her plus one at her sisters wedding.  However, there's a slight problem in that Kelly doesn't do the dating thing very well and is scared of the idea of using dating websites. Working in the robotics industry Kelly decides that rather than leaving it to the fickle finger of fate to meet Mr Right she will build her own perfect boyfriend from scratch.

What then follows is a delightfully entertaining rom-com in which the technical stuff of actually building a robot doesn't take away from what is, in fact, a rather lovely love story. I'm not altogether sure that I go with the idea of making a robot that has sense, feelings and good looks, but the author gives credence to this idea, and as I read on and became more involved in the story, I began to see the possibilities. It was interesting to observe Kelly's interaction with her family, who are an odd lot, and it was also good to see how she grew in confidence as the story progressed.

There's much to enjoy in How to Build a Boyfriend from Scratch, it was a really fun read and perfect for the troubled times in which we live, when to escape for a few hours in a good story is so vital. I found myself smiling throughout, and I especially liked the ending which, I thought, was entirely appropriate.

Sarah Archer is a Black List Screenwriting Mini-Lab fellow who has had material produced for Comedy Central and published short stories and poetry in numerous literary magazines. After living in Los Angeles, where she worked in literary management and development on projects including House, Concussion, Roots, and Girls Trip, she currently lives in Brooklyn. 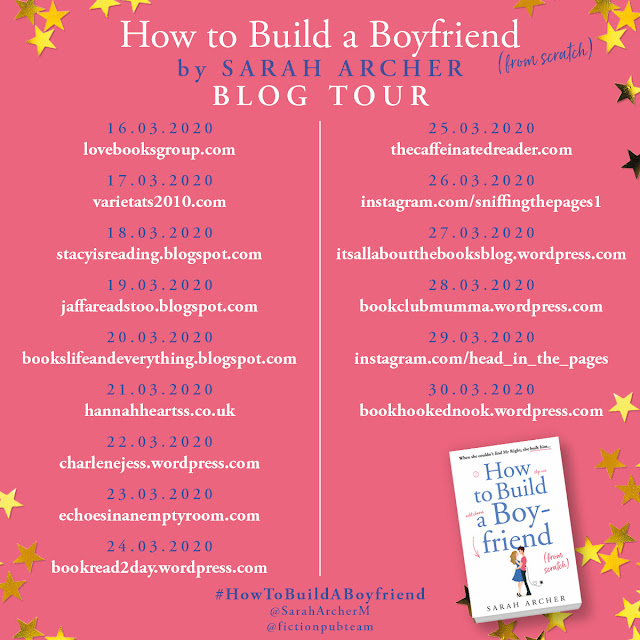