Blog Tour ~ The Walls We Build by Jules Hayes


Delighted to host one of today's stops on this blog tour

Growing up together around Winston Churchill’s estate in Westerham, Kent, Frank, Florence and Hilda are inseparable. But as WW2 casts its menacing shadow, friendships between the three grow complex, and Frank – now employed as Churchill’s bricklayer – makes choices that will haunt him beyond the grave, impacting his grandson’s life too.

Shortly after Frank's death in 2002 Florence writes to Richard, Frank’s grandson, hinting at the darkness hidden within his family. On investigation, disturbing secrets come to light, including a pivotal encounter between Frank and Churchill during the war and the existence of a mysterious relative in a psychiatric hospital.

How much more does Florence dare reveal about Frank – and herself – and is Richard ready to hear?
Set against the stunning backdrop of Chartwell, Churchill’s country home, comes a tragic story of misguided honour, thwarted love and redemption, reverberating through three generations and nine decades.

I like nothing better than starting a novel and being immediately drawn into the story with an intriguing opening chapter which whets my appetite for what is to come.

Beautifully written with a fine for historical detail  the novels sweeps us back in time to the days prior to the start of WW2 when Frank, Florence and Hilda were friends growing up together in the same small village in Kent, but time will not always be kind to these characters and it's been particularly fascinating to see how their adult lives coalesce and overlap over the coming years.

Moving effortlessly forwards and backwards in time, The Walls We Build is an interesting generational saga which looks at a series of devastating secrets, which not only overshadow the lives of Frank, Florence and Hilda in the past, but which also have repercussions for those characters who remain in the here and now. Although I enjoyed the present day thread of story, I felt more of a strong connection to historical setting of the story, and admired the way that the author brings Winston Churchill into the novel making him an altogether more approachable figure in his home setting of Chartwell. The complicated threads of the story are nicely drawn together bringing the complexities of life in pre-war Britain to life in a meaningful way but also, in a more modern setting, shining a spotlight on a devastating secret which has been kept hidden in the shadows for far too long.

Combining history, with a modern day mystery The Walls We Build certainly ticked all the right boxes for a thought provoking and enjoyable read. 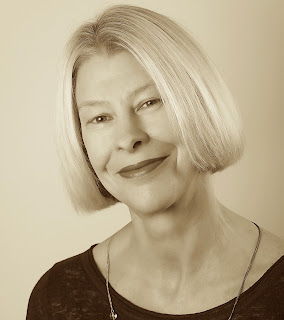 Jules Hayes lives in Berkshire with her husband, daughter and a dog. She has a degree in modern history and holds a particular interest in events and characters from the early 20th century. As a former physiotherapist and trainer – old habits die hard – when not writing Jules likes to run. She also loves to watch films, read good novels and is a voracious consumer of non-fiction too, particularly biographies.
Jules is currently working on her second historical novel, another dual timeline story. Jules also writes contemporary thriller and speculative fiction as JA Corrigan.

Any personal data given as part of the competition entry is used for this purpose only and will not be shared with third parties, with the exception of the winners’ information. This will passed to the giveaway organiser and used only for fulfilment of the prize, after which time Rachel’s Random Resources will delete the data. I am not responsible for despatch or delivery of the prize.