If someone was in your house, you’d know … Wouldn’t you?

But the Hunter family are deaf, and don’t hear a thing when a shocking crime takes place in the middle of the night. Instead, they wake up to their worst nightmare: the murder of their daughter.

The police call Paige Northwood to the scene to interpret for the witnesses. They’re in shock, but Paige senses the Hunters are hiding something.

One by one, people from Paige’s community start to fall under suspicion. But who would kill a little girl? Was it an intruder? Or was the murderer closer to home?

Paige Northwood is a British Sign Language interpreter who is called by the police to help in a situation where a horrendous crime has taken place. A child has been found dead  in the family home and the parents, due to their lack of hearing, didn't hear anyone enter the house. Paige's skill with sign language is needed to help the family communicate but, as we discover throughout the story, there are added complexities which need to be unraveled. And as Paige gets drawn deeper and deeper into the investigation, so more and more secrets about the family are uncovered.

The story is rather a slow burner and takes a while to get going but I feel this is rather deliberate as communicating with people who live largely in a silent world is both challenging and complex and I think that the author has brought this closeted feeling to life in a meaningful way. The complex mystery at the heart of the novel is handled well and the twists and turns are all explored in interesting detail.

The Silent House is the author's debut novel and for a first foray into the psychological suspense genre it is a creditable start. I enjoyed getting to know Paige Northwood, she's an intriguing protagonist with her own hidden secrets, and uncovering these flaws alongside her involvement in this complicated case makes for interesting reading.

The ending certainly lends itself to more stories involving Paige Northwood, and as there is another book promised it will be interesting to see just what this intriguing character does next.

After studying English at university, Nell Pattison became a teacher and specialised in Deaf education. She has been teaching in the Deaf community for 12 years in both England and Scotland, working with students who use BSL. Nell began losing her hearing in her twenties, but still refuses to wear her hearing aids. She lives in North Lincolnshire with her husband and child. The Silent House is her debut novel. 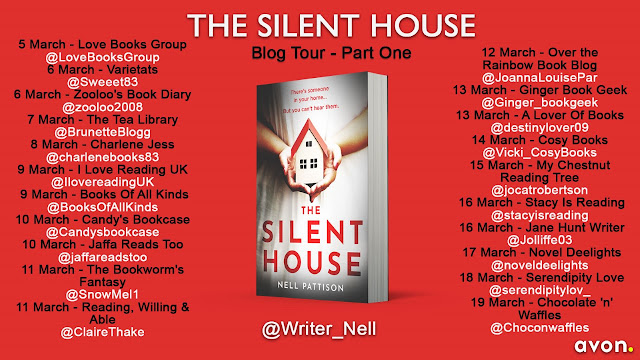