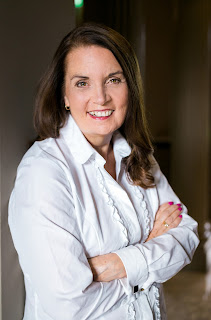 Why do I write historical fiction?

Apart from the gorgeous Jamie Fraser I think one of the reasons the Outlander books and TV series are such a hit is because Claire, the heroine, get the chance to live two very different lives.

I've been fascinated by history since Roger Moore galloped over the hill on a white horse in Ivanhoe and delving into the past has been a passion of mine ever since. My real dream is to have a time machine but until one is invented I'll satisfy my desire to revisit the past by writing about it.

In the past 14 years, I've been a Welsh princess battling against the invading Normans and an heiress caught in the struggle for power between Empress Matilda and King Stephen. I've sailed the Caribbean on a tall ship with a handsome undercover agent of the Crown during the age of pirates and fallen in love with a redcoat in Boston on the eve of the American Revolution in 1776.

More recently in my 19th and 20th century East London series I cross the class divide as the lover of a doctor. I’ve found my long-lost love and fought underworld crime, then outwitted a corrupt landowner to successfully build up a business and stood up to a violent, drunken husband and won the love of my life.

In my East London Nurse series, I’ve nursed people back to life, successfully delivered awkwardly aligned babies and stood up to an overbearing doctor to save a child's life. Along with falling in love with a war hero and overcoming prejudice to marry an Anglo-Indian doctor.

In my current book, I'm a ARP warden in London in 1939 trying to keep people safe during the Blitz while doing battle with Mosley followers who are hell-bent on helping Hitler invade England.

I write historical fiction by creating historical characters and telling their story so I am also living other lives.

I've fallen in love with strong-minded, handsome heroes and lived all these lives while sitting at my computer so why do I write historical fiction? Well, why wouldn't I?

A Londoner who worked as a district nurse in East London for over twenty-five years and is now a full-time author. She has won multiple awards and all her books are set in her native East London. Her first series was set in the early 1800s but her most recently four books about nurses Millie and Connie have jumped forward a century and are set at the end of WW2. Her latest book, POCKETFUL OF DREAMS, is the first of her East London WW2 series featuring sisters Mattie, Jo and Cathy Brogan and their extended family.

Pocketful of Dreams by Jean Fullerton

It's 1939, and the Brogan family of London's East End are ready to show Hitler what for. But things don't seem so rosy when rationing, evacuation and air-raids start to put this larger-than-life family to the test.

When a mysterious young man arrives at the Brogans' local parish church, he provides just the dazzling distraction they need - and for eldest daughter Mattie, the promise of more than she'd ever wished for. But as the pair fall deeper in love, they are drawn into secret dangers, rife on the very London streets they call home.

As the young couple race to protect the East End as they know it, can their dreams survive the darkening backdrop of war-time...?

and for being the first author in my monthly spotlight

My Hist Fic Author next month is ...Nicola Pryce