And to give a warm welcome to the author 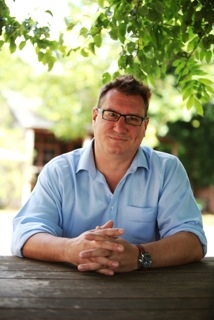 Donald, thank you for spending time with us today and for your guest post

Thomas Blood and the theft of the Crown Jewels

A little before 7am on a chilly morning in early May, 1671, a tall, middle-aged man calling himself Thomas Ayliffe, and dressed in the sober clothes of a parson, knocked at the door of the Irish Tower in the northeast corner of the Tower of London.

He had with him three companions, two tough-looking men of about the same age as the parson and a younger fellow, who claimed to be the nephew of this respectable man of God as well as a gentleman of private means worth £300 per annum. The four men were admitted to the Irish Tower – now called the Martin Tower – by Talbot Edwards, the Assistant Keeper of the Crown Jewels, who resided there. Edwards kept the Crown Jewels – worth an estimated £100,000 pounds, a vast sum in those days – on wooden shelves behind an iron cage in a locked, windowless room below his private chambers in the Irish Tower.

Edwards, an elderly man and former soldier in the service of the noble Talbot family, had invited “Parson Ayliffe” and his “nephew” to breakfast with his wife and daughter and, as a treat, had promised them a sight of the famous royal jewels. The Assistant Keeper desperately wished to curry favour with the parson and his family, particularly with his nephew, as an engagement had been proposed by Parson Ayliffe between that apparently wealthy young man and Edwards’s ugly daughter.

Once the visitors were inside the Jewel House, with the bars of the cage open, the gang attacked Talbot Edwards, knocking him down with a blow to the head from a wooden mallet and stabbing him with daggers. Having subdued the old soldier – indeed, leaving him lying in a spreading pool of his own blood – the four men began helping themselves to the Crown Jewels, filling their pockets with priceless objects, cramming their boot-tops with handfuls of precious gem stones . . .

For Parson Ayliffe was not some mild-mannered country cleric; he was in fact the notorious desperado Thomas Blood, an outlaw with a price on his head, and the wealthy nephew was his eldest son, also called Thomas, a well-known highwayman.

I was first told the story of Thomas Blood and his attempt to steal the Crown Jewels as a child of perhaps ten or eleven – and I found it thrilling, not least because my mother, whose maiden name was Blood, told me that we were descended the crown-stealer. So, naturally, when I grew up, I wanted to tell his extraordinary story. The result is Blood’s Game, the first novel in my new 17th-century series.

In middle-age, while I am no longer sure that I’m directly descended from him, I still find Thomas Blood to be a compelling character. However, after a good deal of research, I have also discovered that he is by no means an easy man to admire: some of his acts were shockingly violent, even needlessly brutal; he was nakedly self-serving and often rather depressingly incompetent. But he did have a quality of fearless, can-do optimism that I do find inspiring. All too often our 21st-century existences can be tame, risk-averse, coddled. I’m not suggesting anyone should pop on a ski mask, and go out and pull a bank job – but I do sometimes ask myself: would you ever have the balls to risk it all for wealth, fame and glory, as old Thomas did?

Thomas Blood was born in County Clare, Ireland in 1618, the son of a successful iron-master and grandson of a member of the Irish Parliament. At the age of 20, he married an English girl called Mary Holcroft who came from a family of Lancashire gentry and with whom he had at least seven children.

When the English Civil War broke out in 1642, Blood initially joined the royalist side but when it became clear that the Cavaliers were losing the war, he switched sides and became a Roundhead. He rose to the rank of captain and was duly rewarded for turning his coat at the end of the wars with a gift of lands in Ireland. Thomas Blood then settled down to enjoy a gentlemanly life of moderate wealth and leisure with his growing family.

All was well for the Bloods until the Restoration of Charles II in 1660, which was followed by the Act of Settlement of 1662, a piece of legislation that stripped lands from Cromwell’s supporters and handed them over to the resurgent royalists.

Blood was ruined. His new estates were confiscated and he blamed the Irish government for his sudden destitution, and particularly the restored King’s personal representative, the Lord Lieutenant of Ireland, James Butler, Duke of Ormonde.

Not the sort of man to take an injury without retaliation, Blood was part of a doomed scheme in 1663 to storm Dublin Castle and kidnap the Duke of Ormonde and hold him for ransom. Blood was forced to flee Ireland and find refuge in Holland, leaving his penniless wife and family behind to manage as best they could.

By 1670, Blood was back in England, living in Romford Market, a few miles northeast of London, under the alias Doctor Thomas Allen. Despite having no medical qualifications at all, he made a decent living treating the people of Romford for their various ailments. On December 6 of that year, on a foul, rainy night, Blood and his confederates attacked the Duke of Ormonde’s coach in St James Street, as it was heading up the hill to Piccadilly where the Duke lived in the rented palace of Clarendon House. Blood and his gang pulled Ormonde from the vehicle but, instead of killing him immediately, they decided to take him to Tyburn, west along Piccadilly and approximately where Marble Arch now stands, and hang him there like a common criminal. Ormonde was tied to the back of a horse – but managed to wriggle free and he was rescued by footmen coming out with torches from Clarendon House.

After the failure of the Ormonde assassination attempt, Blood laid low, probably in Romford, planning his next move. Sometime in April 1671, Blood, disguised as a well-to-do country parson, calling himself Thomas Ayliffe, and accompanied by his beautiful “wife”, an actress called Jenny Blaine, paid a visit to the Tower of London and asked if he might be allowed to see the famous Crown Jewels of England.

At that time, Talbot Edwards made a small income, on top of his salary as Assistant Keeper, by allowing visitors to view the King’s coronation regalia. He showed Blood and his charming companion the jewels and, when she feigned an illness and fainted, he kindly took them upstairs to his private apartments to recover under the care of his wife and daughter. A few days later Blood returned with a small gift – a thank-you for the Edwardses’ kindness. Over the next few weeks, Blood wormed his way into their affections and dangling a rich “nephew” as bait, he began negotiations with the Edwardses for the hand of their daughter Elizabeth.

Early in the morning on May 9, 1671, Blood and three companions arrived at the Irish Tower, entered the Jewel House, overpowered Edwards and began helping themselves to the jewels. They believed the Assistant Keeper to be dead or dying – and certainly no longer a threat. But Edwards was made of stern stuff. While the thieves were filling their pockets with jewels, he revived and began to call for help. By sheer chance, Edwards’s son Wythe happened to be returning on leave from his regiment in Flanders that day and he arrived with a friend called Captain Beckman at the exact time that Edwards was screaming blue murder from inside the Jewel House.

The thieves made a run for it, spilling treasures as they went, and were pursued by Wythe, Beckman and the Tower guards. There was a running fight, pistols, muskets and rapiers, as the gang tried to reach their horses which were tied up at the end of Tower Wharf at the Iron Gate. Blood was captured. As the soldiers seized him, he said: “It was a gallant attempt, however unsuccessful! ’Twas for a crown!”

Blood was imprisoned in the White Tower and questioned by the lieutenant of the Tower, Sir John Robinson, but the old outlaw refused to give away any details of the plot or the names of the other people involved. Quite outrageously, Blood insisted that he would only give an account of himself in a personal audience with the King.

After weeks of negotiations, with Blood still refusing to name names, he was granted a royal audience. I still find myself shocked by this: imagine Ronnie Biggs, the Great Train Robber, or a Kray twin or some other major criminal demanding to speak privately with Queen Elizabeth II. Nevertheless, a private audience was granted, Colonel Thomas Blood met Charles Stuart, and while nobody knows exactly what went on at that meeting, Blood emerged with a royal pardon for his crimes and a grant of lands in Ireland worth £500 a year.

In Blood’s Game I attempt to unravel exactly what went on during that meeting between the King and the most notorious outlaw of his age.

Some historians have suggested that King Charles was so amused by this charming Irish rogue that he decided to pardon him. That doesn’t ring true for me. I think there was something darker going on. Blackmail, perhaps. The threat of a secret that would be revealed if Blood went to the gallows. And when I began to research the background for the novel, I did, in fact, discover a genuinely shocking secret, a royal secret of explosive proportions, something the British government kept hidden for more than a hundred years afterwards. This secret forms basis for my telling of this incredible tale about an extraordinary man . . . but I’m not going to say any more. If you want to find out, you’ll have to read Blood’s Game.

Angus Donald is the author of Blood's Game, published by Zaffre in hardback £12.99

Huge thanks to the author for spending time with us today and for his fascinating insight into Thomas Blood and his audacious attempt to steal the Crown Jewels.

Thanks also to Emily at Bonnier Zaffre for her invitation to be part of this blog tour and for sending a copy of Blood's Game to me .