I'm delighted to be able to feature on WW1 Remembered this debut novel by David Snell.

Sing to Silent Stones: Violet's War is based on his own family's tragic and inspiring journey through the First World War. 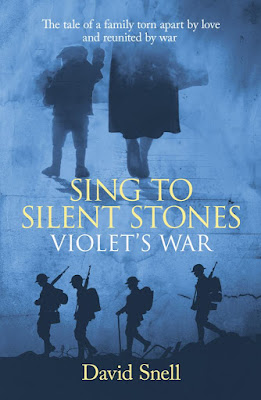 Violet Matthews is only 18 when she falls passionately in love with Frank Balfour. But her father could never consider Frank, one of his employees, to be good enough for his daughter. With war on the horizon, Violet’s father is all too keen to support Frank’s desire to join the army. But months later he learns the shameful truth of his daughter’s last night with Frank Balfour.

Five years on, Violet is in France, having dedicated her life to the war as a nurse in an effort to repent for her past. More importantly, she longs to reclaim her illegitimate son who she was forced to send away. His name? Frank Balfour, lovingly named after his late father.

Finally, Violet and her son Frank are reunited and they must find their own way through the painful aftermath of war as Violet tries to settle into her new life in France. But when tragedy strikes again, their family is fractured between countries. Frank must learn to find his own strength and before long, he leaves Loire Valley to follow in his father’s footsteps on the brink of the Second World War


Sing to Silent Stones starts with a prologue in 1919, but quickly moves back in time to 1913 and to an England on the cusp of war. We are introduced to the main protagonist, Violet Matthews and watch as her burgeoning relationship with one of her father's employees, Frank Balfour, takes gentle flight. The repercussions of this love affair are overshadowed by the start of the First World War and, inevitably of both Frank and Violet's role in it.

There is much to consider about this novel which sensitively portrays the effect that The Great War had on a generation of young men and women. The testament to what they witnessed, both abroad and at home, is a poignant reminder of the suffering and loss encountered on a scale never before witnessed.

The author has used his own family history to good effect and weaves together a compelling story putting a very human face on what was happening on the Western Front. The bravery of the soldiers, the misery and confusion of facing unknown hardships is, in a way, counter balanced against Violet's story and of how she bravely gets on with her life regardless of what fate throws at her. The novel doesn't finish at the end of WW1 but continues with Violet's life through to 1930. However, there is a continuation of the story planned which will see the novel expand beyond 1939 and into the horror and confusion of another World War.

There is no doubt that many families have a story to tell about a family member caught up in the momentous events of the early part of the twentieth century, but not everyone has the ability to put the stories onto paper. I think it is commendable that the author has written such a worthy story and should be justifiably proud of his family history and particularly of Violet who proved to be an admirable heroine.

Best Read With ...A toasted teacake and a piping hot cup of tea from a tea-pot that has one of those colourful, wavy cosies... 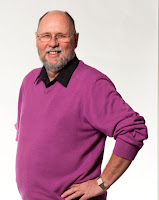 David Snell’s father-in-law, Frank Balfour Jnr. and grandmother-in-law, Violet are the true inspiration behind Violet’s War. David also drew on the lives of his own parents who were both wartime pilots in the RAF. He and his brother, Peter, grew up on RAF bases around the world inspiring Peter to also become a pilot. Peter tragically died aged 38, doing aerobatics in his own Second World War Harvard. David became an anti-war campaigner.

Having previously worked in the building industry, David built 14 houses while living in 28 different addresses. He wrote the self-builder’s bible, Building Your Home, now in its 18th edition and wrote a weekly Telegraph column about property for 14 years. Violet’s War is the first of two books with Frank’s War to be released as a sequel in early 2017.