The Author in my spotlight is....Duncan Barrett 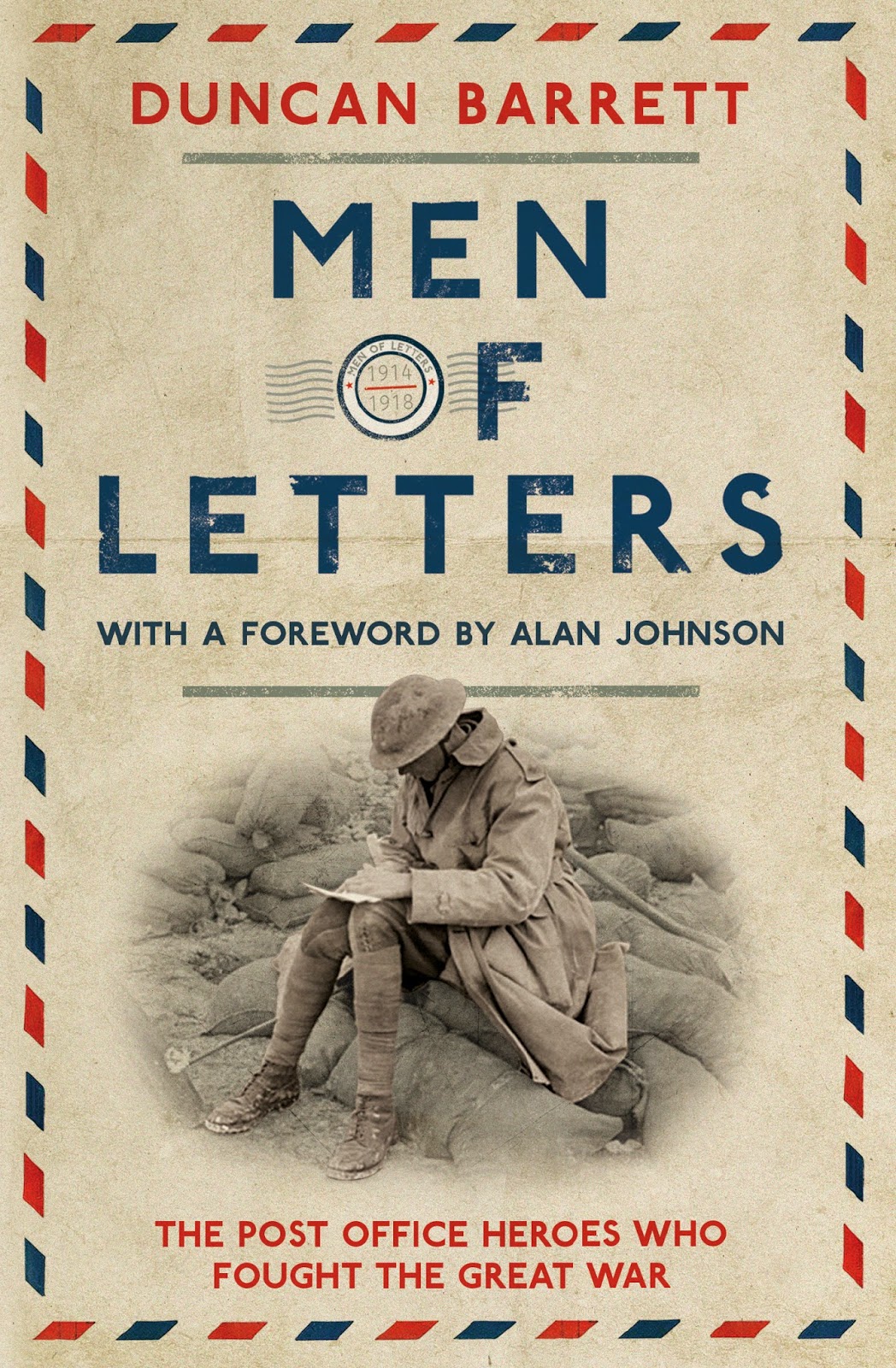 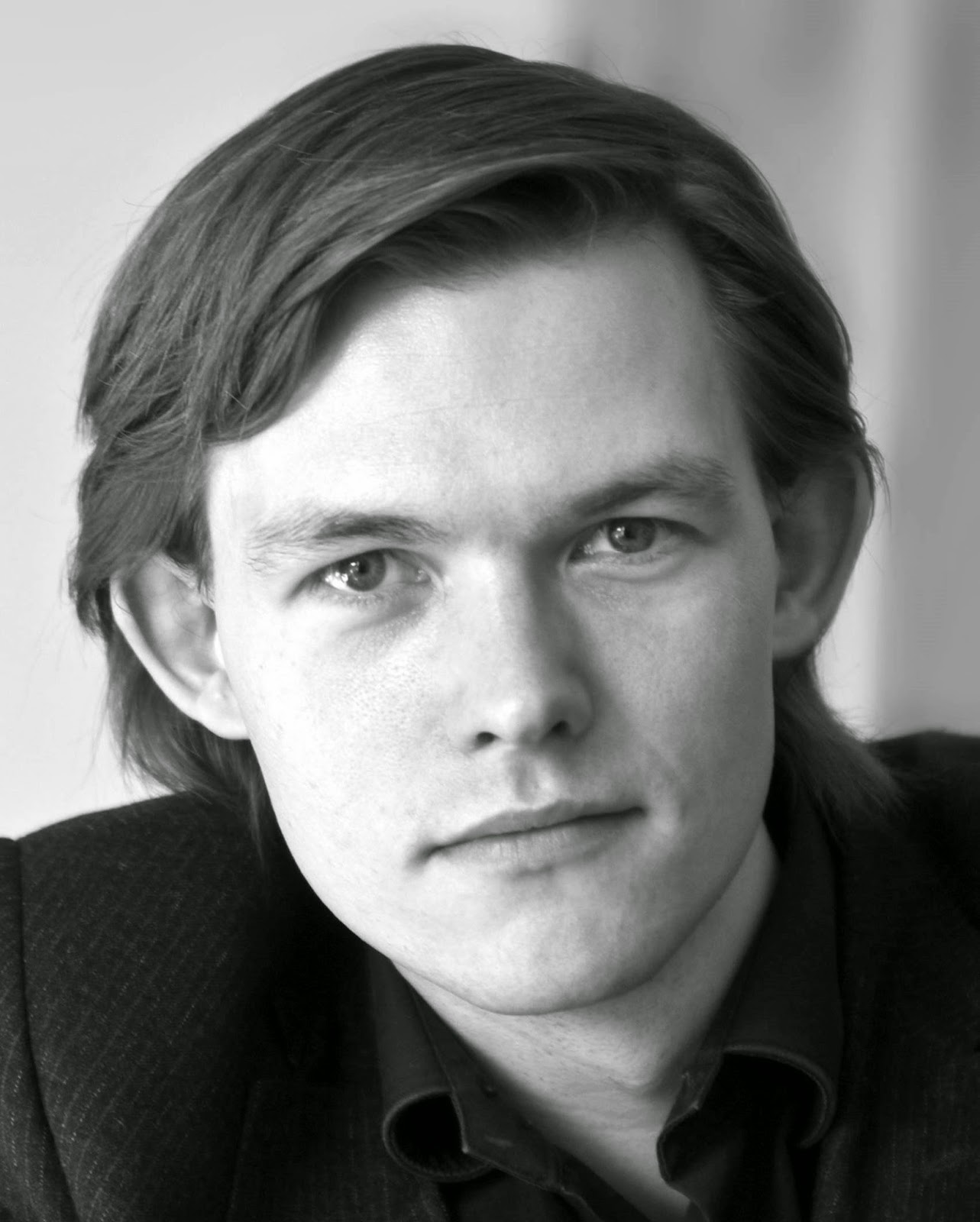 When the First World War broke out, the Post Office was the biggest employer in the world, with its own company of volunteer part-time soldiers, The Post Office Rifles. Suddenly catapulted into conflict, ordinary postmen and messenger boys found themselves in the trenches of the Western Front, hoping that their own letters would reach home - and relying on the letters and parcels they received for comfort and much-needed boosts to morale. By the war's end, 1,500 of them had been killed. Using the personal stories, letters and diary entries of the men who joined the Post Office Riffles, this is a moving account of how the war touched the lives of ordinary people - how it changed communities, how women took up men's work, and, of course, the vital role the mail played in winning the war. Foreword written by Alan Johnson MP.

Duncan - what made you want to write about the Post Office Rifles?

I was fascinated by the idea of men who knew each other in peacetime serving together in the trenches. I knew I wanted to write about a large workplace that had its own battalion and the Post Office Rifles seemed perfect. There is something very incongruous about the idea of your local postie being turned into a bloodthirsty warrior and going off to fight, and it must have been especially hard for men to see colleagues they had known for years at the Post Office killed by their sides. Writing about the Post Office also gave me a chance to talk about the importance of mail during the war – regular post provided a boost to morale both at home and in the trenches, despite the heavy hand of the censors.

Men of Letters describes the very personal experiences of the men of the Post Office Rifles during WW1 - how did you begin to research the book?

I was fortunate that many of the men who served with the Post Office Rifles recorded their own stories before they died, some in written accounts, and others in taped interviews.  The Imperial War Museum in London has a lot of this kind of material in its archive, as well as some of the men’s original letters sent from the front lines, and the diaries they wrote while they were out there.  My previous books The Sugar Girls [www.thesugargirls.com] and GI Brides [www.gibrides.com] both told the stories of people I had interviewed myself, so it was strange for me writing about men who have all been dead for many years –in some cases for almost a century.  It made a big difference that I was able to get to know them through their own words.

Did you visit any of the WW1 battle sites and if so, how did that affect your writing?

I visited many of the battlefields where the Post Office Rifles fought – although sometimes it took quite a lot of imagination, as well as squinting at old maps, to work out exactly what happened where.  (One battlefield is now mainly taken up by a golf course!)  What struck me in many cases was how small the distances were between the front lines and what a tiny amount of land the men were fighting over – reading their descriptions of the battles they often seem epic, but the modern landscape feels so different.  The most sobering experience was visiting the Butte de Warlencourt, a fortified mound which many of the Post Office men died attempting – unsuccessfully – to capture.  It’s quite shocking looking down from the mound itself – which is not that big at all – to the nearby cemetery, and seeing row after row of white headstones.

A generation of young men died or were wounded during the Great War - what do you think made them enlist in their thousands in 1914 for a conflict they believed would be 'over by Christmas'?

Like many men across the country, the Post Office employees who volunteered to fight after the outbreak of war were inspired by a lot of propaganda. The Post Office’s own magazine, St Martin Le Grand, carried jingoistic poems exhorting them to ‘strike … and spare not!’ against the Germans.  Many viewed the ‘Hun’ – as the enemy were popularly known – as a monster that had to be destroyed, and were rather shocked when they saw their first German prisoners and realised that they looked very like themselves.  Some of the Post Office Rifles were skeptical about the war to begin with – Home Peel, one of the battalion’s officers, was initially doubtful about the case for going to war, but after reading the official documents provided by the British government he became convinced that it was a necessary evil – and once the decision had been made, he felt the time for debate was over.

This centenary year has seen a huge surge of interest in WW1 - how do you think we keep this interest alive so that future generations remember the sacrifices they all made?

I think it’s very important that the war has a human face, so that people can engage with it on a personal level, rather than on the grand scale of military history.  Fortunately, there are many thousands of contemporary diaries and letters, memoirs, photographs and film recordings, which bring the individual stories to life.  I’m not sure how helpful it is to think of the huge number of deaths as a sacrifice, though.  Not everyone on the front lines saw it that way – it’s true that some men remained ardent and idealistic up to the bitter end, but the war also represented a very important moment of disillusionment, not just for us in retrospect but for those who lived through it as well.

Duncan ~ thank you  so much for taking the time to share your thoughts on the writing
of Men of Letters.

Jaffa and I wish you continued success with your writing.

Men of Rifles is out now and available from all good book shops.

My thanks to also to Fiona Livesey at Midas PR for her help with this interview.