Jenn and Greg’s holiday idyll in Villa Ana on the island of Mallorca has been both a refuge and a retreat from the cares of the world but anticipating the arrival of her fifteen year old step daughter and her new boyfriend, Jenn is unusually apprehensive and fears, somewhat prophetically , that the status quo is about to be spoiled. When Emma and Nathan arrive in Mallorca, Jenn is immediately aware of Nathan’s overt sexuality and as an unspoken challenge is issued, Jenn finds herself caught in a maelstrom of illicit desire and unbridled lust.

The book draws you into a ménage seething with undercurrents of emotion. Greg, a frustrated writer and university lecturer, seems to be struggling with some inner turmoil, whist Emma newly precocious and in thrall to the older Nathan, flits between little girl vulnerability and sex siren. Caught in the middle and by far the most interesting of the foursome, is the burgeoning sexual attraction between pretty boy, Nathan, and world weary Jenn.

For me, the best writing of the book came in the descriptions of the island, the cloud shrouded mountains, the shimmering warmth of sun and sea, all etched against the languorous heat of uncontrolled sexual attraction. Jenn, the quintessential unstable narrator, is caught between her duties as a responsible adult and yet, seething with unexpressed desires, she flits uncomfortably between her role as mother and femme fatale.

Overall I was really disappointed with this one, I expected more and I’m not sure that I found the book terribly realistic, for me, there was something quite distasteful about the speed of Nathan and Jenn’s attraction, so much so, I found Jenn’s fall from grace implausible. And that’s not because I find the idea of an older woman/ teenager relationship abhorrent, but  because neither Jenn or Nathan were likeable enough for me to invest any emotion in their characters.

I read the book quickly, not because it was unputdownable, but more because I wanted to reach the book’s conclusion, to see if any of the characters would become more congenial, and I’m afraid by the end I was appalled by their selfishness, and didn’t really care what happened to any of them.


I appreciate that can't always like the same books, so it would be really interesting to see what you thought of this one. 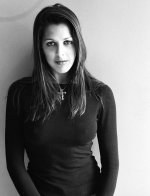