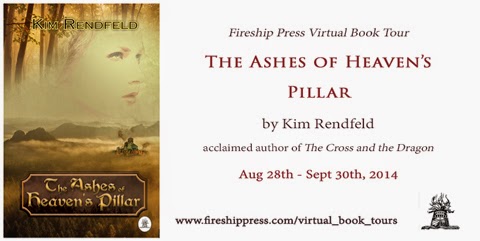 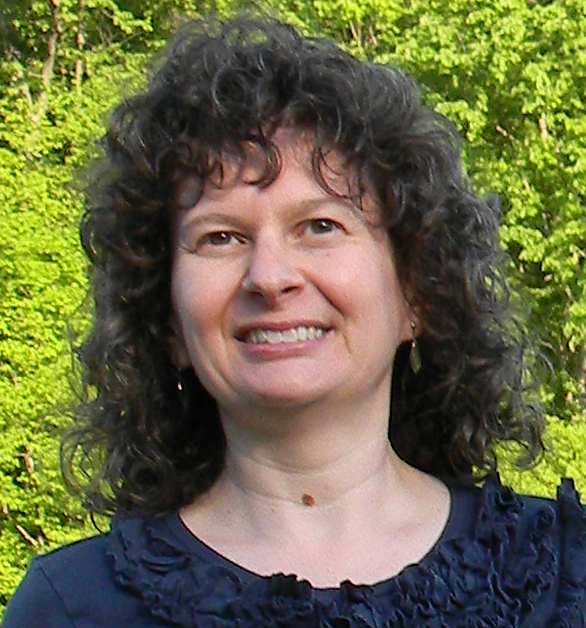 And her latest historical novel

The Ashes of Heaven's Pillar

Kim ~ welcome to Jaffareadstoo and thank you for inviting us to be part of your virtual book tour and for sharing this guest post with us.

When I first sat down to write my debut novel The Cross and the Dragon, a companion to The Ashes of Heaven’s Pillar, I knew very little about the Middle Ages, let alone 770s Francia. The history of early medieval times continues to fascinate me, and the reality is more complex than I originally thought. Here are five things that surprised me in my research.

In school, teachers told me medieval folk thought sitting in a tub was unhealthy. As an author, I assumed all I needed to decide was whether the characters would notice how bad they smelled. So imagine my surprise to find out Carolingian princes took baths and changed their clothes once a week. OK, so that’s not as often as Americans who can’t live without their daily showers, but it’s a lot more frequent than my first impressions.

Baths were a requirement for palaces, and bathhouses contained hot and cold pools. Abbeys also had baths for the residents, guests, and the sick. So much for bathing being bad for health. Frequent hair-washing in the winter was to be avoided, but that’s not exactly a surprise when you consider how cold it was indoors.

Some medieval people didn’t bathe, but the reason had nothing to do with health. Abstaining from the bath was a form of penance, just like giving up wine or meat or something else you enjoy. Between baths, people of all classes would wash using basins of cold water. Just like most of us, medieval people wanted to be clean.

With wife-beating as a right and arranged marriages for child brides (and grooms for that matter), the early Middle Ages is not an ideal time for women, but women played an important role beyond producing a healthy heir. In the 770s, Charlemagne’s mother, Bertrada, for example, was a diplomat working to ensure peace between her sons, both of whom were kings of Francia, as well as Rome and Lombardy.

Frankish queens were the guardians of the royal treasury, and they controlled access to their husbands. Alcuin, an influential scholar, wrote to the queen to find out where Charlemagne was spending the winter. When houseguests were foreign dignitaries, royal hospitality was key to international relations. Hospitality was more than just showing good manners. Frankish royalty would want their guests to report to their own rulers that the palace was beautiful and sturdy, the baths were hot, the table was laden, the host well dressed, and the guards and servants well cared for. All signs of power, important to project even to one’s own allies whose support could shift.

The reality was different for slaves. Both men and women were at the mercy of masters who could do anything they wanted, a frightening reality for my characters who lose their freedom in The Ashes of Heaven’s Pillar.

Christianity was practiced differently in the Middle Ages than it is today, but some lessons are timeless.  Rudolf, St. Lioba’s hagiographer, writes that her mentor, St. Tetta, told nuns furious with a deceased prioress “to lay aside their resentment, to accept the ill treatment they had received and to show without delay their forgiveness: if they wished their own sins to be forgiven by God they should forgive others from the bottom of their hearts.”

Alcuin, a scholar in Charlemagne’s court, wanted the Christian mission to convert pagan Saxons to succeed, but he was concerned with the lack of education for those new to the faith, among other issues. In letters, he pleads with his fellow Christians to teach the faith first, then baptize converts. “Moreover faith, as St. Augustine says, is a matter of will, not compulsion,” he writes. “A person can be drawn to faith but cannot forced to it.”

Fact four: Childbirth was considered part of life, not medicine.

No men were allowed when a woman was in labor, not the father, not even a doctor. Considering that medieval medicine was based on the ancient philosophy of humors, it might have been for the best.

Childbirth was so risky that expectant mothers were encouraged to confess their sins before they went into labor and midwives were the only laypeople permitted to baptize newborns if the baby was likely to die.

Children were born at home. If they were peasants, babies would be delivered in a one or two room house. The aristocracy, however, had special lying-in chambers, to which the mother would retreat when her time was close. When the mother went into labor, the entrance to the lying-in chamber was shut, and the windows were sealed to block out light. With the mother were a midwife, who had learned her craft from her own mother, the midwife’s assistants, and five or six female friends and relatives.

Fact five: There was such a thing as too many sons.

When a Frankish king died, each son born in wedlock got a kingdom, and that might have weighed heavily on Charlemagne, whose family had a history of the disputed inheritance becoming civil war.

After the death of his fourth wife, Fastrada, Charles married Luitgard, probably after dating her for two years. Luitgard did not bear Charles any children, and that might have been why he married her. At the time, the king had three grown heirs. If he had any more sons born in wedlock, it could lead to civil unrest.

He did not remarry after Luitgard died. Instead, he had several mistresses, who bore children. Those concubines proved Charles’s virility and thus his physical perfection, a qualification for a king to rule.

Bonus fact for my hostess: There were cat lovers during this time period. In fact, one literally waxed poetic at an abbey in today’s Austria. A ninth-century Irish monk wrote about a cat named Pangur Ban, whom the poet calls “he” rather than “it.” In the poem, the author compares his hunt for knowledge to the cat’s hunt for mice and describes the satisfaction both get from their arts.

I can’t quite get all five facts into the following excerpts, so I’ll settle for a piece reflecting the first one, which takes place in a bathhouse.

Sunwynn poured rose oil on her trembling fingers and smoothed the oil on Gerhilda’s hair. She placed the bottle in the basket and picked up the comb.

“Soon you will be mistress of your own home.”

“Yes, I will be.” Gerhilda smiled.

“You will need servants,” Sunwynn said, kneeling to work on a tangle near Gerhilda’s waist.

“I’ll have you, of course, and two guards, my falconer, a dog handler, a groom, two menservants, and your mother.”

The comb slipped from Sunwynn’s fingers. Smiling, she picked up the comb, cleaned out the hairs, wiped it on her sleeve, and resumed working on the tangle.

“My mother will be so glad to join your household,” Sunwynn breathed.

“I couldn’t live without your mother’s tarts, but I thought she feared Pinabel as much as you do.”

“She does. But she wants to serve you, my lady, as does Deorlaf. He’d make a fine manservant.”

“But Deorlaf is strong.” Sunwynn scooted to her left to comb out another tangle.

“He’s not big enough, and I want Pinabel to see I have four large men who do my bidding, not his.”

“I thought you liked Pinabel.”

“Then why the guards? Why the large menservants?”

“But Deorlaf would protect you,” Sunwynn protested. “And he wants to accompany you to Le Mans.”

“Could you arrange to have Deorlaf join your household with the other menservants?”

“Sunwynn, I know you don’t want to be parted from your brother, but you will see him again when I visit my family. For the final time, the answer is no; he cannot join my household.”

Only the threat of a beating prevented Sunwynn from pulling her lady’s hair so hard it would make her shriek.

Women at the Court of Charlemagne, Janet Nelson

Daily Life in Medieval Times by Frances and Joseph Gies

Kim Rendfeld is the author of The Cross and the Dragon (2012, Fireship Press) and The Ashes of Heaven’s Pillar (August 28, 2014, Fireship Press). To read the first chapters of either novel or learn more about Kim, visit kimrendfeld.com. You’re also welcome to visit her blog Outtakes of a Historical Novelist at kimrendfeld.wordpress.com, like her on Facebook at facebook.com/authorkimrendfeld, or follow her on Twitter at @kimrendfeld, or contact her at kim [at] kimrendfeld [dot] com.

My thanks to Kim Rendfeld and her publishers Fireship Press for their help in organising this book tour and for inviting Jaffareadstoo to be part of the fun.