The countrywide division during the War of the Roses has been well documented and yet there is such endless fascination between these two warring factions that every book written seems to take the reader on an entirely different journey. In Succession, the author has used considerable research to add new weight to the old argument and uses this book to focus; not just on the two women caught up in conflict, namely Margaret of Anjou and Margaret Beaufort, but also focuses on witness accounts from the chroniclers of the time, whose charming unreliability adds an interesting dimension to the narrative.

I found the writing style to be quite unique; the short and snappy chapters feel remarkably intimate, which adds a refreshing authenticity to those characters who seem to come alive in quite a distinctive way. In the past, I haven’t felt much of a rapport with either Margaret of Anjou or Margaret Beaufort, as history paints a Machiavellian picture of both of them, and yet in Succession, the author succeeds in giving both women a poignant vulnerability, which has, perhaps, in the wider picture of the War of the Roses, all too often been overlooked.

Everything is recounted with skill and precision, the writing is confident and beautifully researched and whilst there are ultimately no great surprises in this powerful game of thrones, it is refreshing to have a slightly different approach to history. The ending of the book lends itself nicely to a promised sequel and I am sure that those who have been as impressed as I was with this opening gambit will go on to read part two whenever it’s published , hopefully sometime soon.

My thanks to Catherine Ryan Howard at Penguin Ireland for my copy of this book to review. 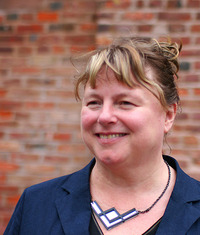 I have a copy of Succession to give away
(UK only)