The author in my spotlight is ...Giselle Green

I have great pleasure in welcoming 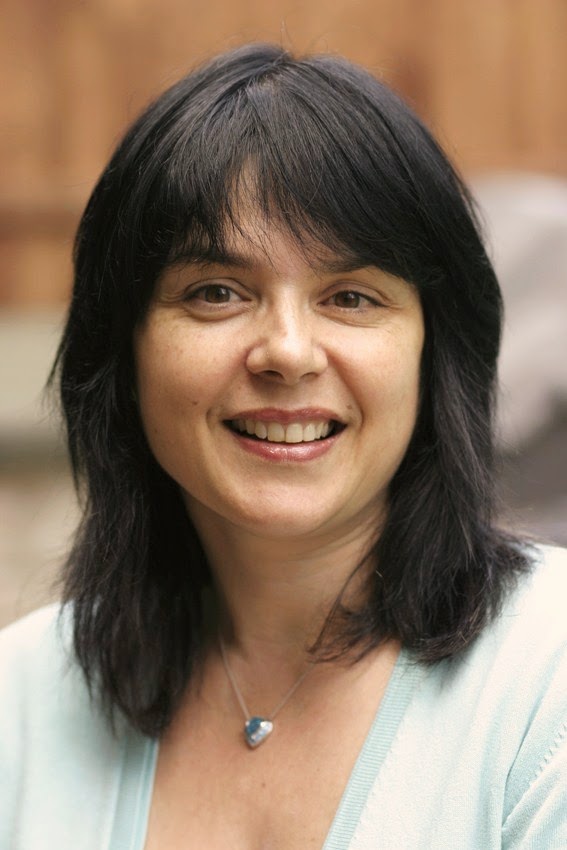 Born in Chiswick, Giselle Green was brought up in Gibraltar where she has extensive family. She returned to the UK to study Biology at King's College London, followed by an MSc in Information Science at the City University. She is also a qualified Astrologer, with a particular interest in medieval astrology.

Giselle lives in Kent with her husband and their six sons

What can you tell us about Finding You that won’t give too much away?
The story deals with the aftermath of a child abduction. A young couple are overjoyed to have their toddler back and they are desperate for everything to return to normal. They soon discover that finding him is only the beginning, however. The year without him has taken its toll on their relationship and their son is a very changed boy from the one they lost. As the remedial steps each of them take only seem to make matters worse, the idea for an unthinkable solution begins to grow in the mother’s mind...

At the start of Little Miracles, did you always intend there to be a sequel?

I didn’t. I never thought I’d be revisiting the characters in this book. It was the sheer number of requests to know ‘what happened next’ that made me think again. Reading the book again six years after I wrote it, I was excited to find lots of potential there for a sequel. Later, as I began to develop the new story, I came across numerous references and scenes that bizarrely almost felt as if I’d placed them there with the sequel in mind. I hadn’t, but I’m sure it must feel to some readers as if I had!

Did you feel under pressure to make the sequel even better than the first book?

I didn’t feel under any pressure, as such. I always hope to make my latest book that little bit better than the last one, so in that sense no different to any other novel. However, feedback so far indicates that readers have really appreciated the fact that I’ve given this story a definitive ending. From the point of view of reader satisfaction, it is better. To reiterate the Orson Welles quote I’ve used elsewhere: ‘If you want a happy ending, that depends, of course, on where you stop your story.’

In your research for both books did you discover anything which surprised you?

When researching for the first book, I was surprised to learn just how many children do go missing very single year. In the Missing Children Europe 2012 report, you can read that: ‘According to recent estimates, a child is reported missing in the EU every two minutes.’ It’s a huge problem. We only get to hear about the high-profile cases, which gives us the impression it’s a rare and unusual thing. It isn’t.
When I came to write the second story though, it touched on topics I already knew quite a bit about, so no real surprises for me, there.

What do you enjoy most about writing stories and do you write for yourself, or other people?

I love it when a story starts to come together, the point where you feel you’re rolling the ball downhill instead of uphill – when you’re running after it, in fact! I love it when I can’t wait to get to my writing and everything else in life feels like it’s getting in the way. The question about who you write for is a good one. When you start off writing it tends to be just for you, you don’t really know who your audience are, or what expectations they have. The more books you write and the more feedback you receive, from editors, beta readers and general readers, the better sense you get of what people want to walk away feeling. Then, writing a novel becomes something you do both for yourself and others. You have to take your readership into account without compromising the integrity of what you yourself hope to achieve.

What scares you about writing?

Thinking about writing highly emotional scenes can be scary – you’ve got to throw all censorship out of the window and just be real. Sometimes that means tolerating not being able to plot the story too much. The truth is that having too much content (ie: knowing in advance what’s going to ‘happen’) can sometimes put your characters in strait-jackets and take them away from their most natural responses to the action. I’ve learned that my most avid readers don’t care so much about ‘what happens’ as they do about the character’s responses to ‘what happens’. And I’ve come to accept that I as the author don’t always know how those characters will respond until they show me. Going with the flow takes courage.

Can you tell us what you are writing next ?

I never like to talk too much about a project while I’m still undertaking it. But I can confirm I’m about a fifth of the way through my next novel already. This one is taking me in a new direction again because the characters are so different from other people I’ve written about before. I also wanted to try for a slightly lighter touch this time. It tackles serious issues, yes, but in a somewhat lighter way. I’m really enjoying writing it.

Giselle ~ Thank you. It's been a real pleasure to host this interview and to learn more about the writing process.

Jaffa and I wish you continuing success with your writing.


My review of Finding You


Some years ago I read and enjoyed this author’s book, Little Miracles, which focused on the story of a missing child and of the overwhelming trauma of what happened to the child’s family in the wake of this devastating loss. In Finding You, the author revisits the parents a year later, when Julia and Charlie are reunited with their son, Haydn. But far from finding the reunion joyous both parents struggle with not just to their reaction to be part of a family again, but also with the  gut wrenching heartbreak of having a beloved child , who is yours and seemingly, by reason of circumstance, not yours. No one can fully understand what happened to Haydn during his abduction and both Julia and Charlie are left with feelings of utter isolation, which is not helped by other forces playing their part.

I think the author excels in developing the characters to such an extent that they become real in your mind, and their problems become genuine and believable. I can’t say that I always liked either Julia or Charlie but they’re interesting people and with sensitive handing this epic family tragedy, which threatens both their marriage and peace of mind, becomes quite compelling reading. Undeniably, there are many issues explored in Finding You, all of which tug away at the heartstrings, but with the author’s sensitive handling, the issues never become mawkishly sentimental or too implausible to be realistic.

I think to do justice to Finding You, one really should read Little Miracles first, as some of the more subtle nuances of the story would be almost impossible to pick up, and that would be to do both stories a complete disservice, as they should be read in sequence.

I enjoyed both stories and would recommend them as an interesting look at the multi-layered dynamics of family life.