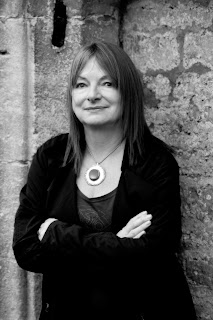 What Favourite Food are you bringing to the Sunday Brunch?

Would you like a pot of English breakfast tea…?

I would love a pot of breakfast tea and a little glass of bucks fizz if I may to celebrate the publication of The Silken Rose paperback on 23rd July. E book out now.

Which Literary Heroes are joining us?

I thought I would invite:

Jacob de Zoot from the 1000 Autumns of Jacob de Zoot a fascinating character who was also incredibly courageous and romantic living in Japan during the late 18thC.

Seamus Heaney a great conversationalist and poet who once taught me.

What Book is near you now?

Graven With Diamonds by Nicola Shulman about Thomas Wyatt, the poet. I am reading it as part of research into Tudor Love Poetry.

What is the Oldest Book on Your Bookshelf?

The Collected Works of William Shakespeare given to my mother in 1942, published in New York in 1941. It was left with my mother by an American surgeon who never returned from the war.

Which Book do you really want to read but haven’t had time for yet?

The Mirror and the Light by Hilary Mantel. I am too busy just now but shall be reading it soon.

Do you have a guilty reading pleasure?

I do. I am reading The Famous Five books by Enid Blyton at night before I fall asleep. They are on my kindle and calm me in this time of pandemic.

If your house was on fire which book would you rescue?

I own the very first signed copy of Wolf Hall signed to me by Hilary Mantel herself and which is dated as such. I think it’s an heirloom book worth rescuing. 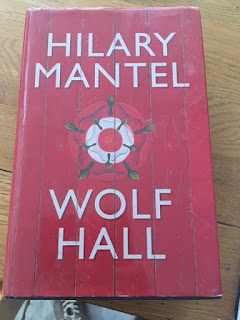 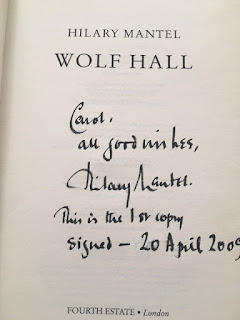 CD to Listen To whilst writing?

I really tend to escape so much into my fictional world I don’t hear other than character voices in my head. However, I love The Unthanks. The Winterset Rachel Unthank is wonderful. I also have an old favourite in Amazing Blondel. I love all their works.

I have a study but really love writing in my airy bright kitchen on a blond-wood French table.

Essential Tools For a Writer

I have just written the second novel in the She-Wolf Queens Trilogy which is with my editor at Headline. This novel follows The Silken Rose a novel about Ailenor of Provence. The new book begins with the Barons Uprising in the 1260s and its heroine is Eleanor of Castile. Just as The Silken Rose had a subplot involving a woman from the artisan class The Damask Rose has a female gardener/herbalist who acts as a go-between carrying secret messages and who accompanies Eleanor on Crusade. Eleanor of Castile was a property developer because she swore she would never suffer poverty again as she had during The Barons War. She acquired many properties from the rebel barons after the war as they were in great debt and she continued to develop her property office all her life, to their chagrin. She was powerful and clever and a blue stocking and she adored gardens. Her life was eventful as she went on Crusade with Edward her husband, followed him to Wales during the Welsh rebellions and was involved in his castle building and managed to have fifteen children though only five survived into their teenage years and adulthood. The first book in the Trilogy The Silken Rose is out now. The second will be published next year. I am writing The Stone Rose currently which is about Isabella of France.

1236. Beautiful Ailenor of Provence, cultured and intelligent, is only thirteen when she marries Henry III. Aware of the desperate importance of providing heirs to secure the throne from those who would snatch it away, she is ruthless in her dealings with Henry's barons.

As conflict escalates between them, Ailenor's shrewd and clever Savoyard uncles come to support her but her growing political power is threatened when Henry's half-siblings also arrive at court.

Henry and Ailenor become embroiled in an unpopular war to protect Gascony, last English territory on the continent, sparking conflict with warrior knight, Simon de Montfort, the King's seneschal. Ailenor, desperate to protect Gascony for her son, strives to treat with France and bring peace to Gascony.

Caught in a web of treachery and deceit, 'she-wolf' Ailenor's courage is tested to the limit. Can she find the strength to control her destiny and protect her all that she holds dear?

Carol, where can we find out more about your writing?