Blog Tour ~ These Lost and Broken Things by Helen Fields


☆☆Delighted to host a stop on today's Blog Tour ☆☆

How dangerous is a woman with nothing left to lose?

The year is 1905. London is a playground for the rich and a death trap for the poor. When Sofia Logan’s husband dies unexpectedly, leaving her penniless with two young children, she knows she will do anything to keep them from the workhouse. But can she bring herself to murder? Even if she has done it before…

Emmet Vinsant, wealthy industrialist, offers Sofia a job in one of his gaming houses. He knows more about Sofia’s past than he has revealed. Brought up as part of a travelling fair, she’s an expert at counting cards and spotting cheats, and Vinsant puts her talents to good use. His demands on her grow until she finds herself with blood on her hands.

Set against the backdrop of the Suffragette protests, with industry changing the face of the city but disease still rampant, and poverty the greatest threat of all, every decision you make is life or death. Either yours or someone else’s. Read best-selling crime writer Helen Fields’ first explosive historical thriller. 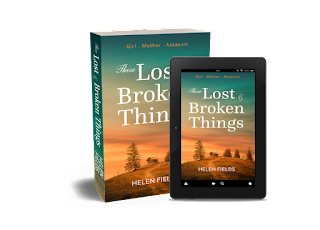 Sofia Logan has a talent for understanding numbers and her ability to spot those who cheat at cards proves to be both a blessing and a curse. When her young husband dies,  Sofia is left to eke out a living as best she can in order to support her children. Times were especially difficult in Edwardian London and the rough streets which Sofia called home were not particularly charitable to a woman who couldn't pay her rent on time. When Sofia is offered rather shadowy employment by her dead husband's employer, Emmett Vinsant, she is drawn into the dark and very dangerous world of gambling dens and card sharps..

Atmospheric and dangerous These Lost and Broken Things takes us on a lively romp through Edwardian London and is filled with all the sights, sounds and affectations of a city with a dark underbelly of society. Shadowy places where debts are bought and sold, where lives are thrown away to pay a debt, or snuffed out to right a supposed wrong. This dark and rather dreary world comes alive in the description of Sofia's struggle to make ends meet and when she gets pulled into the dark pit of gambling addiction she is offered a chilling  and unexpected way to pay off her debts. There is no doubt that Sofia's character becomes all the more fascinating as we follow her on, what is, a rather difficult and decidedly dangerous journey. 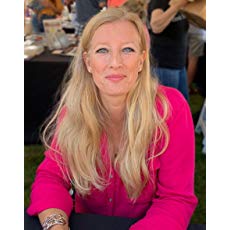 An international and Amazon #1 best-selling author, Helen is a former criminal and family law barrister. Every book in the Callanach series claimed an Amazon #1 bestseller flag. Her next book, the sixth in the series, 'Perfect Kill' is due out on 6 February 2020. Helen also writes as HS Chandler, and last year released legal thriller 'Degrees of Guilt'. Her previous audio book 'Perfect Crime' knocked Michelle Obama off the #1 spot. Translated into 15 languages, and also selling in the USA, Canada & Australasia, Helen's books have won global recognition. Her first historical thriller 'These Lost & Broken Things' comes out in May 2020. A further standalone thriller published by HarperColllins will come soon. She currently commutes between Hampshire, Scotland and California, where she lives with her husband and three children. 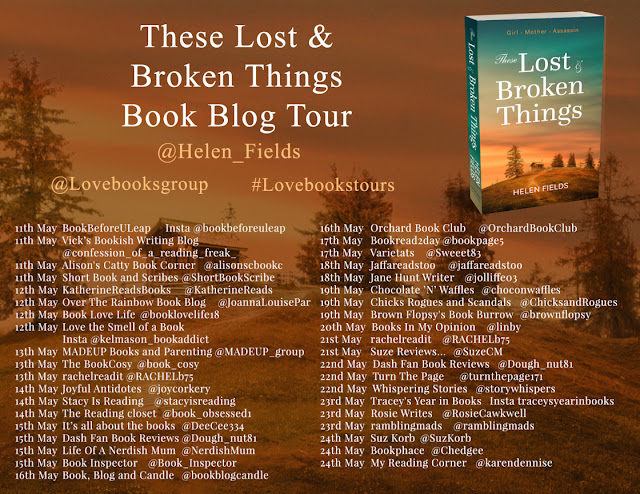