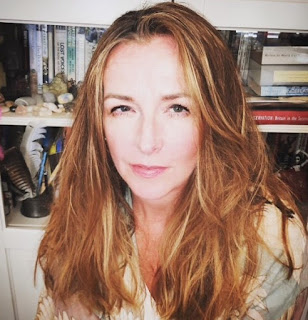 Hi Kate, welcome to Jaffareadstoo. Thank you for spending time with us today 😊

What inspired you to write The Beauty Chorus?

It all began with an obituary for a female pilot I read in a flying magazine. When I learnt that she had flown Spitfires during the war, I just had to know more. We have several pilots in the family, including WW2 Lancaster pilots, but I had never heard about the Air Transport Auxiliary. I thought ‘why don’t people know about the incredible work they did?’

It's about three young women, Evie, Stella and Megan who volunteer to be 'Spitfire girls', ferrying planes around the UK during WW2. Although the story is fiction, there's a lot of fact interwoven and it's a chance to learn about an amazing piece of forgotten history. They were young, and immensely brave women. Imagine Top Gun with female pilots!

Evie Chase is the main protagonist of The Beauty Chorus. Tell us about her and why you decided to tell her story?

Evie came first of all the characters, and I always imagined her as part of the pre-war flying club scene – it was a world of private planes, fast cars, horses and skiing for the girls who the male pilots christened ‘the beauty chorus’. In creating Evie I very much had her real-life counterparts in mind – people like Audrey Sale Barker who crash landed in Africa and gave a Masai warrior an SOS note written in lipstick to pass on to the nearest Mission. The ATA girls were often young and glamorous but they were skilful pilots - in one day they could fly anything from a Spitfire to a huge bomber, and all without radios or arms. They weren’t all party girls either – there were people like Megan who could fly a plane, but not drive a car, or young mothers like Stella (one of the women was even known as the Flying Grandmother). I grew to admire them immensely.

The Beauty Chorus is inspired by the female pilots of WW2. In researching the background to the story did anything leave a lasting impression on you?

I did a lot of research, and was lucky enough to be in touch with a remarkable ATA ‘girl’ now in her 80s. She became frustrated that the women weren't allowed to fly on the continent, and she went on to have a second wartime career in espionage – the true stories of these women are so remarkable, it was great fun creating their fictional counterparts. My lasting impression of them is how modest they are still about their achievements.

I find the research really fascinating, but at the forefront of my mind is the knowledge that I am writing historical fiction not historical fact - the story has to come first, always. I use a fraction of the research. It's like seasoning food - you want enough history to give depth and flavour, no more.

Which normally comes first for you - an idea or theme, plot, place or characters?

That's a really good question! With The Beauty Chorus it was very much Evie. With The Perfume Garden, my book about the Spanish Civil War, it was an idea. When I lived in Valencia I was curious that even young friends clammed up when the subject of the war came up. I think all novels start with a question - and in writing you are finding an answer.

I love it when characters become so alive they surprise you. That's the point at which you know the novel has enough energy to be completed. I have an idea of where the story begins and ends when I start writing the first draft, but leave room to be surprised. To sustain a long novel I think you have to really feel that energy. Like a lot of women I juggle work and family, and my pilot husband’s often away for long stretches travelling all over the world (at least he was before lockdown!) – it has to be a good story to get you racing to your desk. These girls, who were so much more than a ‘beauty chorus’, inspired me. It was a story that had to be told

I've just finished a new novel inspired by the American soldiers based in Devon before the D Day landings. I found out that J D Salinger of 'Catcher in the Rye' fame was based in our local town, and he set his beautiful story 'For Esme with Love and Squalor' in a cafe a couple of door up from where I write. I started thinking: who was Esme? What happened to her? So the novel imagines Esme's life in an idyllic Devon seaside town. It's really about how one brief encounter, one perfect moment can change the course of a life.

It can be downloaded in all ebook formats here: https://www.smashwords.com/books/view/1018581

Romance, glamour and adventure in the skies: an enthralling debut inspired by female pilots in World War Two. 166 women signed up to fly Spitfires and bombers from factories to airfields across England. It was an adventure that would cost many their lives.

New Year's Eve, 1940: Evie Chase, the beautiful debutante daughter of an adoring RAF commander, gazes out at the sky as swing music drifts from the ballroom. With bombs falling nightly in London, she resolves that the coming year will bring more than just dances and tennis matches. She is determined to do her bit for the war effort.

2nd January, 1941: Evie curses her fashionable heels as they skid on the frozen ground of her local airfield. She is here to volunteer for 'The Beauty Chorus', the female pilots who fly much-needed planes to bases across the country. Soon, she is billeted in a tiny country cottage, sharing with an anxious young mother and a naive teenager.

Thrown together by war, these three very different women soon become friends, confidantes and fellow adventuresses. But as they take to the skies, they will also face hardship, prejudice and tragedy. Can their new-found bond survive their darkest hours?

Kate Lord Brown grew up in a wild and beautiful part of Devon. She read Philosophy at Durham and Art History at the Courtauld Institute and was elected a Fellow of the Royal Society of Arts, curating collections for palaces and embassies in Europe and the Middle East. Kate has travelled and lived around the world with her airline pilot husband and gained a MA in creative writing from the Manchester Writing School MMU. She was a finalist in the ITV People's Author contest 2009, and her international bestseller The Perfume Garden was shortlisted for the UK Romantic Novel of the Year 2014. Kate currently lives in the Middle East with her family, and she was a regional winner in this year's BBC International Radio Playwriting Competition. 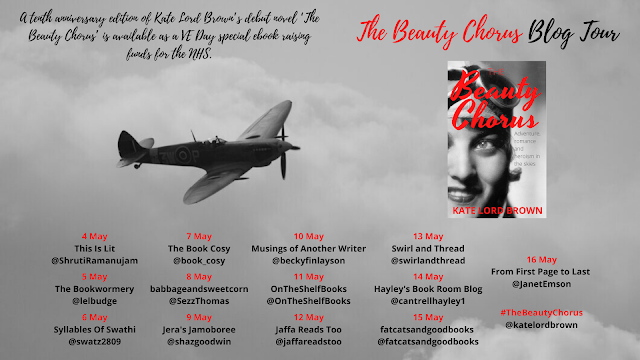