Sarah stands on the brink, arms open wide as if to let the wind carry her away.

Her partner Jack is desperate to find her before it is too late. But Sarah doesn’t want to be found. She’s run away to be alone, to face a moment of truth that will mean life or death.

And someone else is seeking answers up here on the high cliffs near Beachy Head, where the seabirds soar – a man known only as the Keeper, living in an old lighthouse without a light, right on the cusp of a four-hundred-foot drop.

In August last year I was thrilled to be part of the blog tour when The Light Keeper was launched in ebook format and today it is launched in paperback.

Here's a chance to read my review again.

Sarah Bramer is desperate for a child but with her marriage struggling with the strain of infertility, and in a sense of hopelessness, she has run away from her husband, Jack. Jack starts a desperate search to find Sarah before her fractured mind causes her to do something dreadful.

Near to Beachy Head, a man known as the Keeper tends an unused lighthouse, where high above the cliffs he guards his own battered soul, searching for answers he can never find, about a loss so great his mind is numbed by it. And then the Keeper meets Sarah, and life is irrevocably changed for both of these troubled souls.

With strong themes about love, loss, infertility and suicide, this is sometimes a difficult book to 'enjoy' in the widest sense, however, the author's ability to get right into the heart of these characters turns this story into something quite special. Each word is carefully placed, and with never an emotion wasted, the author's passion for imaginative storytelling shines through.

The Light Keeper is an insightful and carefully constructed story around the power of loss and of the torment of struggling in a world where all hope of understanding seems to have disappeared. Emotional and tense the story runs through a myriad of emotions which are beautifully expressed, often quite stark in places, but always reminiscent of those individual hurts which can so easily threaten to overpower everything.

Award-winning interviewer, writer and broadcaster Cole Moreton has covered many of the major news stories of our time, from 9/11 to the Olympics and the death of Nelson Mandela. He writes, talks and tells stories about the arts, politics, cultural identity, faith, spirituality and life - and above all, about people. Cole’s previous book, The Boy Who Gave His Heart Away, told the moving true story of a modern medical miracle. His BBC Radio 4 series of the same name won Audio Moment of the Year at the Arias, and Best Writing at the World’s Best Radio awards. The Light Keeper is Cole’s first novel. 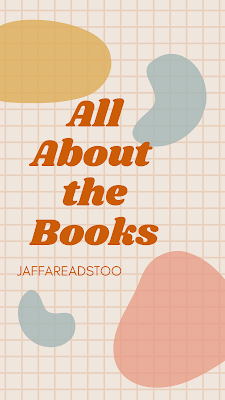