On an icy November night, Drew Blackmore is beaten unconscious, then abducted. He awakes to find himself in total darkness, naked and chained to the floor. Fed just enough to keep him alive, Drew is unable to identify his captor, or the reason for his incarceration. As reality fades, hallucinations take over. Can Drew escape his prison before madness claims him?

Meanwhile Drew's wife, Holly, despairing of ever seeing him again, turns to his brother for comfort. As the worst winter in decades sweeps the UK, she learns of Drew's tragic past. Could his disappearance be connected with that of a prostitute years before?


This is the first book by this author that I have read and I have been impressed by the way the tension starts right from the very beginning with an opening chapter which certainly lands with a real punch. And to be honest that heightened level of tension doesn’t let up throughout the whole of this darkly atmospheric story. There’s a real insight into what happens when an absolute nightmare of an ordeal takes place and there's a definite sense of evil and malice which, as the story progresses, gets quite chilling in places.

Throughout the whole of the book there’s a strong sense of characterisation and I was intrigued by Holly who has to face up to some stark truths when she realises her husband Drew is missing. Her relationship with her husband's brother, is particularly well done and adds a whole different dimension to the story. However, whilst Holly's anguish and worry about Drew is palpable, it is the chapters which focus on what is happening to Drew which become absolutely compelling reading and which made the hairs on the back of my neck stand up.

I’m being deliberately vague about what happens, as you get the gist of the story from the book’s description, and this really is one of those stories which is difficult to review without revealing too much, which would, of course, spoil the drama completely.

Silent Winter is a chillingly atmospheric thriller which grabs your attention from the very beginning and doesn't relax the tension until this deadly story of secrets and lies in revealed in chilling detail. 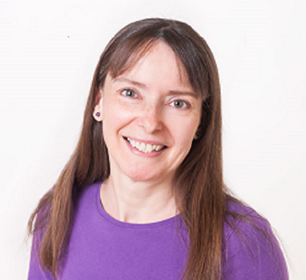 Maggie James is a British author who lives near Newcastle-upon-Tyne. She writes psychological suspense novels.

Before turning her hand to writing, Maggie worked mainly as an accountant, with a diversion into practising as a nutritional therapist. Diet and health remain high on her list of interests, along with travel. Accountancy does not, but then it never did. The urge to pack a bag and go off travelling is always lurking in the background! When not writing, going to the gym, practising yoga or travelling, Maggie can be found seeking new four-legged friends to pet; animals are a lifelong love! 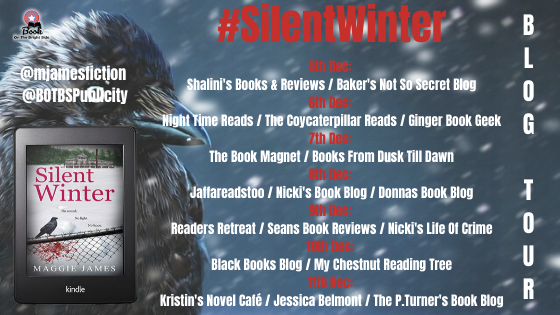