One happy street. Three pretty houses. So many lies...

Martha used to be a force of nature: calm, collected, and in charge. But since moving her husband and two daughters to Dublin under sudden and mysterious circumstances, she can't seem to find her footing.

Robin was the "it" girl in school, destined for success. Now she's back at her parents' with her four-year-old son, vowing that her ne'er-do-well ex is out of the picture for good.

Edie has everything she could want, apart from a baby, and the acceptance of her new neighbours. She longs to be one of the girls, and to figure out why her perfect husband seems to be avoiding their perfect future.

Three women looking for a fresh start on idyllic Pine Road. Their friendship will change their lives, and reveal secrets they never imagined. Liane Moriarty meets Lisa Jewell in this story of the love affairs, rivalries and scandals that hide behind every door...

Behind the closed doors of the small community who make up the residents of Pine Road in Dublin there are a whole array of secrets and lies, and this fascinating story puts the lives of three of its residents under close scrutiny.

Edie Rice lives with her husband Daniel, she’s desperate to start a family but things don’t seem to be going as planned.

Robin Dwyer has recently returned to her childhood home with her 4 year old son, Jack, but living back with her parents isn’t the answer to her marital problems.

Martha Rigby has just moved into number 8 Pine Road with her husband and daughters and is the subject of much speculation amongst the nosy neighbours.

The nosy neighbours are a force to be reckoned with and this rather claustrophobic community comes alive in their combined dialogue via a WhatsApp group which really helps to move the story along in a relevant and contemporary way. The story is both funny and sad, with some quite dark secrets, and a couple of twists which I didn’t see coming, and all credit to the author for keeping the humour alive in, what is , after all, quite a serious story.

Three Little Truths is another great story from an author who knows how to get right into the heart of her characters so that you connect with them on an emotional level. And whilst I didn’t like all of the inhabitants of Pine Road, I have thoroughly enjoyed spending time with them and thanks to this talented author I have loved peering through their respective keyholes into the minutiae of their, rather complicated, personal lives. 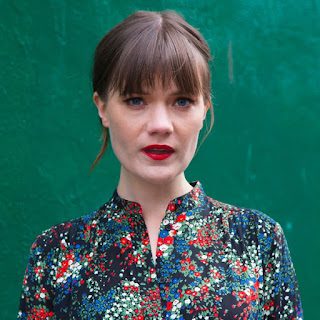 EITHNE SHORTALL studied jouralism at Dublin City University and has lived in London, France and America. Now based in Dublin, she is chief arts writer for the Sunday Times Ireland. She enjoys sea swimming, cycling and eating scones.

Grace After Henry is her second novel. Shorthall’s bestselling debut novel, Love in Row 27, has been optioned for a TV series by NBC Universal Studios International, the production company behind Downton Abbey. 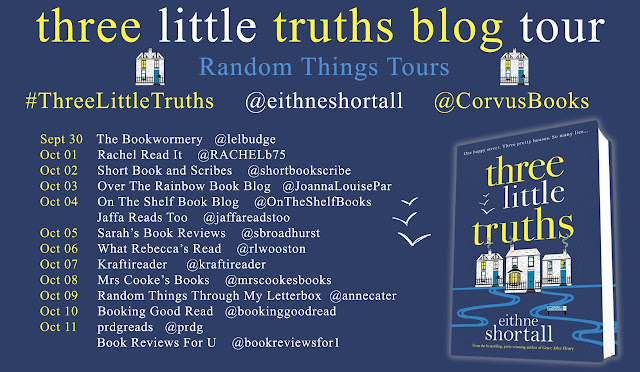