Blog Tour ~ Secrets of the Mist by Kate Ryder

Maddie is restless in London. She has friends, a job and a sort-of boyfriend, but something in her life is missing. Then she visits the ancient village of Walditch, deep in the Dorset countryside. Something stirs in her, and on a whim she buys a centuries-old cottage and moves there three months later. Her friends think she's crazy, but for Maddie it feels like coming home.

Late at night in the cottage, Maddie hears strange noises and sees mist gathering indoors and out. When she starts investigating the cottage's history, she becomes drawn into the tragic story of a family who lived here 400 years ago. Meanwhile, Maddie starts to fall in love with a local carpenter – but he has a relationship already...

Can Maddie solve the riddle of the past? What is her connection with the family that lived there so many years ago? And can she and her true love ever be together?

(Previously published as The Forgotten Promise)

On the surface, Maddie O'Brien seems to have everything she needs, a busy life in London working for a film production company and a semi-serious relationship with her boyfriend, Dan. And yet, there is something nagging away at Maddie, a desire for change, which shimmers just beyond reach.

When a film shoot in a pretty Dorset village leads her to a 17th century blacksmith cottage, Maddie is overcome with the sensation of having come home, and yet she has no logical reason for the emotion she feels when she sees the cottage, she only knows that she is drawn to the place and the story it has to tell. Making a rash decision to give up her job and move into the blacksmith’s cottage, Maddie soon finds that life in The Olde Smithy is far from what she imagined.

Switching effortlessly between time frames, the story looks at Maddie’s connection to The Olde Smithy, and as the shadows of the past start to encroach on Maddie’s modern world we are led inexorably back to the dark and dangerous years of the English Civil War. The contemporary story, of Maddie's move to the cottage and her growing attraction, to the enigmatic Nick Corbin, is delightfully romantic. And yet, the real focus of the story is Maddie’s connection to past events and the retelling of a story, which hidden for centuries, now finally, has the chance to be retold.

The author has done a commendable job in recreating a very believable time slip novel. Very often time slips can feel a little contrived, but not so with this story which seems to blend past and present quite seamlessly. The author clearly loves storytelling and this comes across in the fine attention to detail and the way in which the story is allowed to develop at its own pace. There was just the right amount of tension in the story to keep me engrossed and enough twists and turns in the historical mystery to keep me guessing about its eventual outcome.  The added inclusion of a wonderful black cat called Storm helped to make the story even more enjoyable! 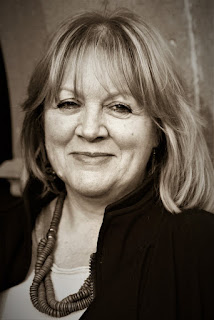 Originally from the Home Counties, Kate now resides in the diverse and inspirational county of Cornwall, which provides a glorious backdrop for much of her writing. Her career has encompassed travel, property and publishing and she currently divides her time between selling fabulous country piles that she can't afford and writing romantic suspense. Together with her ever-supportive husband, a gorgeous Arab horse and a newly acquired 'rescue' cat called Ollie, Kate lives in the beautiful Tamar Valley in a 200 year old cottage that she and her husband painstakingly restored and which provided the inspiration for ‘Secrets of the Mist’. 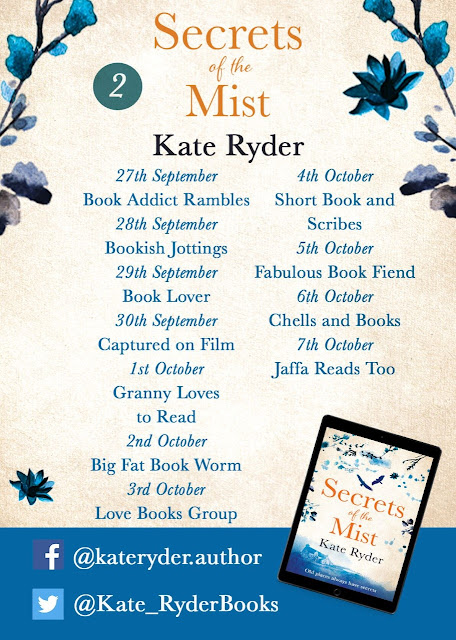