Jaffareadstoo is delighted to open the Blog Tour
on Publication Day

Paris, 1940. With the city occupied by the Nazis, three young seamstresses go about their normal lives as best they can. But all three are hiding secrets. War-scarred Mireille is fighting with the Resistance; Claire has been seduced by a German officer; and Vivienne’s involvement is something she can’t reveal to either of them. Two generations later, Claire’s English granddaughter Harriet arrives in Paris, rootless and adrift, desperate to find a connection with her past. Living and working in the same building on the Rue Cardinale, she learns the truth about her grandmother – and herself – and unravels a family history that is darker and more painful than she ever imagined. In wartime, the three seamstresses face impossible choices when their secret activities put them in grave danger. Brought together by loyalty, threatened by betrayal, can they survive history’s darkest era without being torn apart?

Just the other day I was looking at an old black and white photograph of my mother which was taken around the time when this novel was set. My mother, an accomplished seamstress, had most probably made the pretty dress she was wearing, so I can understand the emotional pull which Harriet, our modern day protagonist, experiences when she discovers amongst her mother's personal effects an old monotone photograph of Claire, her maternal grandmother, pictured standing with two other young women outside a couturier, in Paris, in May 1941. However, by an extraordinary coincidence, Harriet has just been offered an internship, also in Paris, with Agence Guillemet, a PR agency specialising in the fashion industry, a connection which links her with her grandmother Claire's story in 1940.

What then follows is a glimpse into two very different worlds. Harriet's time in the present day, as she tries to discover more about her grandmother, and of her connection to the other young women who shared her life, is all done with a good sense of historical authenticity. I especially enjoyed reading of their time as seamstresses working for one of the couturiers in a Paris, a city which, under German occupation, was a very different place to the one in which Harriet discovers in the present day, although with the rise of international terrorism, every modern day city has its troubles.

I liked the way that the author weaved together the different stories, however, whilst I enjoyed reading both time frames, I have to admit that the chapters in the 1940s really captured my attention. The further Harriet delves into her family history and the deeper grow the shadows which surround her grandmother's time in wartime Paris. There are dark secrets, and accounts of wartime atrocities, which create not just a sense of outrage, but also a feeling of loss, with some upsetting moments which the author handles sensitively and well.

The Dressmakers's Gift is a commendable dual time story about love and survival against all odds. It shows us, without any shadow of doubt, the power and strength there is to be found in friendship. 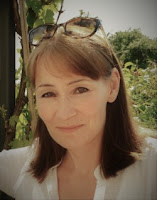 An acclaimed Number 1 bestselling author, Fiona Valpy’s books have been translated into a dozen languages worldwide. Fiona spent seven years living in France, having moved there from the UK in 2007. Her love for the country, its people and their history has found its way into the books she's written. She draws inspiration from stories of strong women, especially during the years of the Second World War, and her meticulous historical research enriches her writing with an evocative sense of time and place. Fiona now lives in Scotland, but still enjoys regular visits to France in search of the sun. 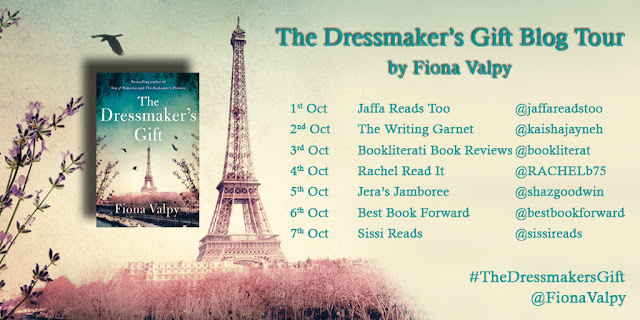 The Dressmaker’s Gift by Fiona Valpy is out TODAY

Published by Lake Union in paperback original and e-Book.