1947. Cousins Veronica (Ronnie) and Sheila are given the opportunity to run their grandfather’s business, a local garage, in Worthing. Ronnie’s ne’er-do-well brother Leslie is furious – as the man of the family, he believes the business is rightfully his. But their grandmother is adamant that Leslie is not to be trusted . . .

After serving in the ATS in the war, Sheila is a trained mechanic, while Ronnie discovers she has a talent for numbers and a shrewd business head. Despite the garage having run into huge debts in the previous years, the girls are determined to make it work.

Initially filled with enthusiasm, Sheila and Ronnie are shocked by the challenges they face, as well as dealing with their own heartache and loss. But come rain or shine, can true friendship withstand even the fiercest of storms?

Come Rain or Shine looks at how women stepped up in the years after the Second World War ended and continued the traditional male roles which didn't always sit very easily, especially for those men who were resentful of women doing, essentially, a man's job. But with their grandfather's car repair business struggling, cousins Ronnie (Veronica) and Sheila are given the opportunity by their grandmother to run the garage as Sheila, having learned car mechanics in the ATS, and Ronnie, with a head for numbers are both ideally suited to make a success of the business. However, Ronnie's brother, Leslie, is absolutely livid as he feels that the business should his by rights and seems determined to bring trouble to the girls.

What then follows is a family saga which looks at the petty squabbles and unwarranted jealousies which can soon fester and cause deep rifts. Ronnie and Sheila do their best to carry on, both nursing their own troubles, but when they also discover a long buried family secret it makes their lives even more complicated, and yet, it opens up a side of their family which they never knew existed.

Come Rain or Shine is the story of two strong and determined young women who made the best of what life threw at them and who survived against the odds, always hoping for happiness around the corner. As always, the author  takes the reader on a wonderful journey into a bygone time, she writes with a natural ability and brings place and people alive with warmth and compassion. Her knowledge of this historical period and of the local area around Worthing is exemplary and she always makes her characters so believable that they could be your own relatives who have popped up to say 'hello'.

Come Rain or Shine is published by Pan Books and is out now in paperback and ecopy and is a perfect read for an afternoon in the garden with a nice cup of tea. 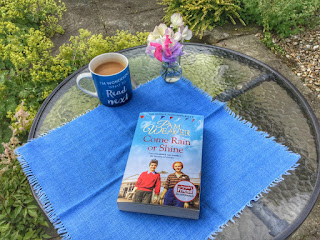 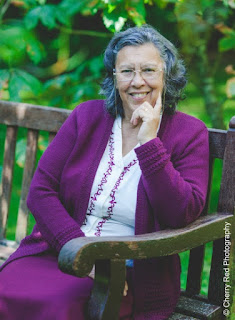 Pam's saga novels are set in Worthing during the austerity years. Pam's inspiration comes from her love of people and their stories and her passion for the town of Worthing. With the sea on one side and the Downs on the other, Worthing has a scattering of small villages within its urban sprawl, and in some cases tight-knit communities, making it an ideal setting for the modern saga.

You can discover more about Pam's bestselling sagas by clicking here