Blog Tour ~ The Scribe by A A Chaudhuri

Making it as a lawyer has always been a cutthroat business. But now that a sadistic serial killer is on the loose the consequences could prove deadly…

A killer is targeting former students of The Bloomsbury Academy of Law. The victims – all female – are gruesomely butchered according to a pattern corresponding with the legal syllabus.

Even more disconcerting are riddles sent by the killer to investigating officer, Chief Inspector Jake Carver, offering clues as to who is next and where they will die.

Up-and-coming lawyer Madeline Kramer, a former classmate of a number of the slain, soon finds her life turned upside down by the savagery. And when she decides to help Carver track down the killer, she places herself in mortal danger.
Can Maddy unscramble the complex riddles, save her own life and those of others destined to die? 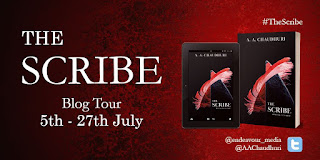 A sadistic serial killer seems to be targeting young professional women in the city of London, and the killer's modus operandi seems to fit an unusual, and rather gruesome pattern, however, keeping one step ahead of this devious and dangerous perpetrator keeps Chief Inspector Jake Carver and his investigative team on their toes. When Carver makes the acquaintance of Madeline Kramer, herself a lawyer in the city, and a former class-mate of some of the murdered women, they forge a bond which will prove to be extremely useful to the way the investigation proceeds.

I thought that this was a clever crime/thriller which doesn't focus too much on the police procedural aspect, although, of course, it does form a big part of the story but which rather gives us more of an insight into the characters who make up the main cast of the novel. There are some interesting people in the story, and as any one of them could be the killer I had great fun trying to see if I could guess who was responsible for some pretty heinous crimes. I didn't work out whodunit until just before the big reveal and then it was like a light-bulb moment with everything then falling into place.

This is the first book in the Kramer and Carver series and together they make an interesting combination, there is a spark of attraction between them but each have their complications and it will be fascinating to see just how their association plays out in future novels. That the series has huge potential is not in doubt as the writer has huge scope to take Madeleine Kramer and Jake Carver on many more intricate adventures and I look forward to meeting up with them again before too long. 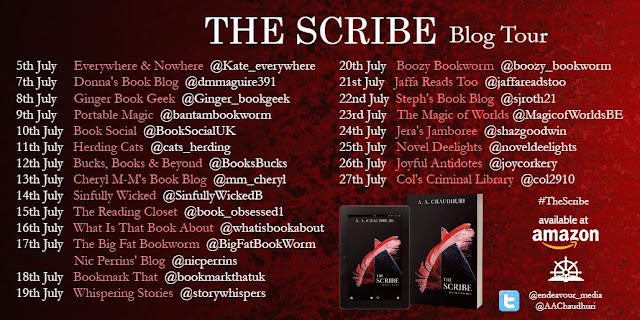