Blog Tour ~ Secrets of the Homefront Girls by Kate Thompson

It's a real pleasure to host today's Blog Tour stop

1939. ‘Beauty as Duty’ was an official propaganda campaign, backed by Winston Churchill, encouraging women to continue to pursue fashion and beauty despite the hardship that they had to endure, and discouraging the notion that devoting attention to their appearances was trivial or petty.

Although England may be at war, for the young women working the lipstick production line at Yardley's cosmetics factory in East London, it's business as usual. For headstrong and flirtatious Renee Gunn, that means taking Esther, a young Austrian refugee, under her wing and teaching her how to be a true cockney. But when Lily, Renee's older sister, suddenly returns home after six years away, it's clear that life in Stratford is changing for good. In the face of the Blitz, could the secrets that Renee, Lily and Esther are keeping be the most dangerous weapon of all?

The richly colourful characters and events in Secrets of the Homefront Girls are inspired by Kate’s research, speaking to those who worked at Yardley, and even reuniting factory friends after 70 years.

I must admit that I never gave much thought to just how necessary it was, during the war years, for cosmetic production to continue, for as long as it could, and yet, in the confusion of wartime it was even more important for women to feel that they had those important beauty products which made them feel special.

'Beauty as a Duty' was something which was actively encouraged, and in Secrets of the Homefront Girls we go right into the heart of the industry and spend time in the Yardley cosmetic factory in Stratford, East London. There we meet a delightful group of feisty young women who work in the factory on the lipstick production line, and, with the newly returned, Lily Gunn as their line manager, we soon become part of their group and become emotionally involved in the nitty-gritty of their lives.

They're a lively bunch, and yet, there is a real sense of togetherness and camaraderie as their strong fighting spirit makes them all the more determined to survive the war in their own inimitable style. However, it’s obvious from the start that there are some deeper elements to the story, particularly around Esther, a young Jewish refugee, who has arrived in the East End after fleeing persecution in Austria, and also around the abject poverty and indiscriminate violence of the East End. The sections of the story which focus on the effects of the Blitz are particularly well done and I must admit to shedding a few tears. The author handles the darker elements of the story with compassion and a fine eye for historical accuracy.

Secrets of the Homefront Girls revolves around stories of friendship, love, and of the family we make for ourselves, who might not always be related by blood, but who stick together through good times and bad. And as always, the author writes with huge warmth and brings a real sense of authenticity to both people and place. From the author notes at the end of the story it is obvious that a great deal of research has been done in order to do justice to the strength of spirit of those Yardley Girls who lived and worked in the East of London during the momentous war years.

This is the first book in the series and I have really enjoyed getting to know all of the Homefront Girls and have followed their adventures with great interest so that I was really sorry to say goodbye to them. However, it’s not the end of their adventures, as book number two - Secrets of the Lavender Girls - is due to be published in 2020.

Secrets of the Homefront Girls is published now in paperback and ebook by Hodder. 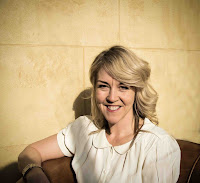 Kate Thompson is an award winning journalist, ghost writer and novelist, who has spent the last two decades in the UK mas market and book publishing industry. Over the past eight years Kate has written nine fiction and non fiction titles, three of which have made The Sunday Times top ten bestseller list, Secrets of the Homefront Girls is her tenth book.

‘My research has taken me into the homes of so many women and I have listened rapt as they explained how they lived through cataclysmic times. It is often the quiet voices, which are the most revealing. Working-class women and their unassuming thoughts and feelings tell us so much about how difficult, but also how rewarding it was to be a woman in pre-welfare state Britain.’

In 2020, Yardley celebrates its 250th anniversary. 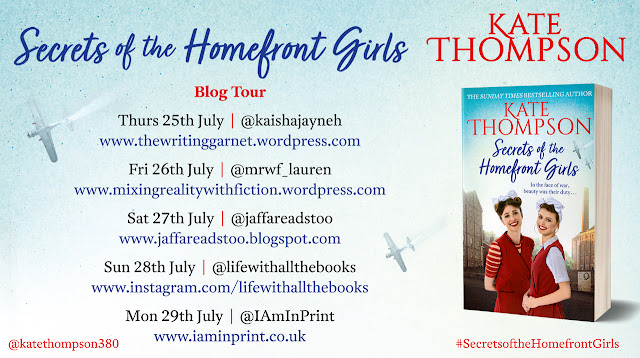