Behind every successful man is a woman.

Behind the fall of a successful man is usually another woman.

Sophie Mayhew looks like she has the perfect life. Wife of rising political star John F Mayhew her glamour matches his looks, power, breeding and money. But all is not as it seems on the surface. And Sophie has had enough.

Stepping out of his shadow and taking time away to think, she finds herself part of a community that warms her soul and makes her feel as if she is breathing  properly for the first time. Now she must decide where does her future lie?

Blonde, beautiful, and with impeccable breeding, Sophie Mayhew is the perfect trophy wife for an up and coming politician. Always relied upon to do and say the right thing, Sophie astounds the gathered media when the words she utters are not those of her husband's spin doctor, whose attempt to mitigate John's latest misdemeanor backfires spectacularly. Fleeing to a place of safety, Sophie takes a good long look at her life, and finds comfort and friendship in the most unlikely of places.

In many ways this is a very timely novel especially in light of the political shenanigans which, quite possibly, go on behind the scenes as spin doctors seek to mitigate mistakes made by those who seek high office, and yet, this is not a political book. It's a lovely warmhearted story of a magnificent woman who has, quite simply, reached the end of her tether, and who looks to heal the wounds of indifference by going to the one place her husband would never look to find her.

As always, the author writes with an instinctive eye for what makes people tick and with such warmth that I can hear her characters speaking very clearly to me as they go about their literary adventures. Sophie is, perhaps, one of my favourite characters ever and I found that I was cheering with glee one minute as she deals with a dreadful situation, and then reading with a huge lump in my throat the next as she attempts to find out just what she wants from her life. Such is the pull of the story that, I quite literally, carried the book from room to room as I didn't want to put it down. There's an amazing cast of strong characters and I won't say too much about them as I don't want to give any thing away but I found that my heart melted on more than one occasion ♡

I think, as readers, we all have a literary first aid box, you know it well, it's that group of authors who will never let you down, whose stories bring you entertainment and laughter, and whose words comfort you when you're feeling down and a bit jaded. Milly Johnson is, most definitely, in my literary first aid box, she makes me laugh out loud, she also makes me cry, but consistently her good Yorkshire commonsense and sound judgement make her novels, for me, such a joy to read.

The Magnificent Mrs Mayhew kept me engrossed from start to finish and it's high on my list as a magnificent summer read. 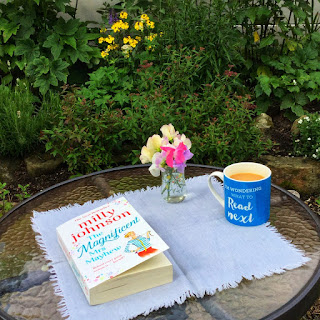 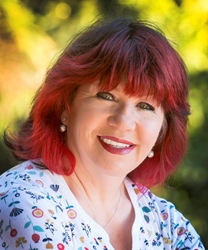 MILLY JOHNSON is a Sunday Times Top 5 bestselling author of sixteen novels with millions of copies of her novels sold to date. Known as the‘Queen of Feel-Good Fiction’, Milly’s novels always feature friendship,family, love, betrayal, good food and that little bit of magic in life that sometimes visits the unsuspecting. Milly is a columnist for her local newspaper and is an experienced broadcaster on radio and TV. She is also patron of several local charities with community, literacy and animal welfare issues close to her heart.