Blog Tour ~ Forget Me Not by Claire Allan

I disappeared on a Tuesday afternoon. I was there one minute and the next I was gone. They’ve never found my body…

It’s six in the morning during the hottest summer on record when Elizabeth O’Loughlin, out walking her dog, comes across Clare, a victim of a horrific knife attack, clinging onto life at the side of the road.

Clare dies minutes later, but not before whispering her haunting last words to Elizabeth.

When it becomes clear that Clare’s killer has more than one murder on his mind, Elizabeth has to take drastic action or face losing everything. But what if she can’t stop a killer determined never to be forgotten?

Elizabeth O'Loughlin is walking her dog when she comes across the body of a young woman. Horrifically and fatally injured, the woman, Clare, whispers something to Elizabeth, which starts off a whole chain of complicated events.

The psychological tension is cranked up to high, and the twists and turns in the story keep you guessing. The author certainly knows how to keep your attention and the opening chapter is particularly dramatic, there are some genuinely dark moments, and some really scary events which I didn't expect, and which made the story all the more compelling.

Forget Me Not is a forceful psychological suspense story moving along at an absolutely cracking pace which keeps the energy alive from start to finish. 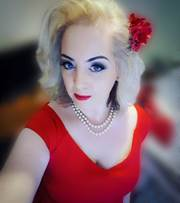 Married with two children, two cats and a mad puppy she is happiest lost in a good book. She has kissed Michael Buble.
Website 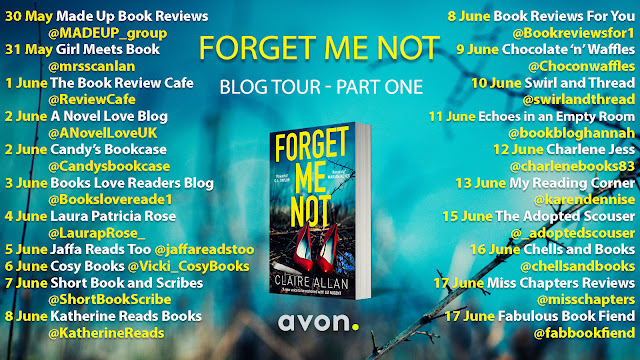