'In the first minute following her death, Tequila Leila's consciousness began to ebb, slowly and steadily, like a tide receding from the shore. Her brain cells, having run out of blood, were now completely deprived of oxygen. But they did not shut down. Not right away...'

Tequila Leila is such a wonderful name for this memorable character who, from the very start of the novel, is so forceful that, even in her dying moments, she literally leaps off the page as she revisits some of the special moments in her life. Rather unusually, we know the fate of Tequila Leila right from the start, she's a prostitute in Istanbul, and her body is literally dumped in a metal rubbish bin as inconsequential as a piece of trash.

In the last 10 minutes and 38 seconds of her death in this strange world we are privileged to travel in Leila's mind over some of her most significant memories, from the feeling of salt on her skin as a newborn, to the strong dark taste of cardamon coffee in the brothels of Istanbul and the bitter, chalky  taste of soil - so many scents, sights and tastes make up this remarkable story of a strong woman whose life circumstances just simply got the better of her.

The author writes powerfully about a country and culture she knows well, and brings such a vibrant potency to the story that right from the start of the novel you are immersed in the life of this pulsating city.  In turns poignant and uplifting, happy and immensely sad, haunting and beautiful, this is a tribute to the city of Istanbul, to the power of friendship, the heartbreak of loss, and of the enigmatic people who call this part of the world home.

Elif Shafak is an award-winning British-Turkish novelist and the most widely read female author in Turkey. She writes in both Turkish and English, and has published seventeen books, eleven of which are novels. Her work has been translated into fifty languages. 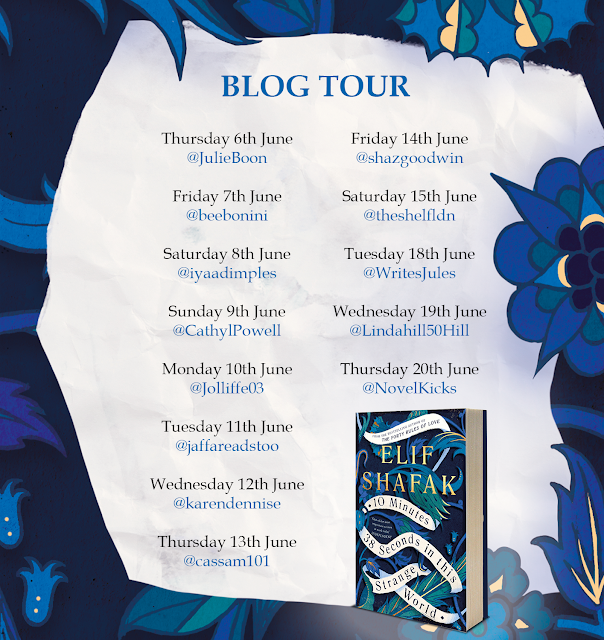