Summer Read ~ Those Who Are Loved by Victoria Hislop

Those Who Are Loved is set against the backdrop of the German occupation of Greece, the subsequent civil war and a military dictatorship, all of which left deep scars.

Themis is part of a family bitterly divided by politics and, as a young woman, her fury with those who have collaborated with the Nazis, drives her to fight for the communists. She is eventually imprisoned on the notorious islands of exile, Makronisos and Trikeri, and has to make a life or death decision. She is proud of having fought, but for the rest of her life is haunted by some of her actions. Forty years after the end of the civil war, she finally achieves catharsis.

Victoria Hislop sheds light on the complexity of Greece’s traumatic past and weaves it into the dynamic tale of a woman who is both hero and villain, and her lifelong fight for justice.

I'm always a little bit excited when I get the chance to read one of this author's fine stories and so I eagerly started Those Who Are Loved one sunny afternoon in the garden. From the start of the story I was transported to the Greek city of Athens and into the life story of Themis Stavridis, who on the occasion of her birthday in 2016, looks back over her eventful life when she was a young girl growing up in  a very troubled 1930s Greece. Themis and her family suffer great personal hardship as the political climate, particularity during the German occupation, and then later during the civil war unrest, wreaks havoc on the lives of ordinary people.

As always, the author gets right into the heart of the matter and there's such a sense of history that I became quite immersed in the story of Greek politics, something I'm ashamed to say that  knew very little about. I always associate this beautiful country with endless sunshine and happy summer holidays and yet during the tumultuous years of the 1930s and beyond, Greece was a very different country.

There's a wonderful theme of family which runs throughout, not just from those who are bound to us by blood but perhaps, in times of great adversity, it's more about those who become family simply because of the situation they find themselves in, and there is no doubt that Themis, who undergoes great personal hardship, comes to rely on the friends she makes in times of great danger. I won't spoil the story by explaining just how difficult her life becomes, but there were definitely several times I found that I was reading with a huge lump in my throat as I read of Themis' later ordeals whilst incarcerated on the islands of exile.

Such is the skill of the author that every novel she writes is filled with passion and a real love of bringing history alive. Those Who Are Loved, whilst a little bit heavy going in places, is definitely a  wonderful immersive story ,by a talented author, which is perfect for a long, lazy summer read. 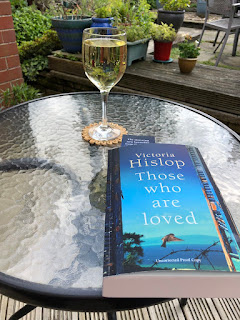 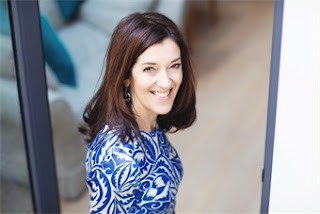 Victoria Hislop read English at Oxford, and worked in publishing, PR and as a journalist before becoming a novelist. She is married with two children.