13 October 2008. Welcome to the worst day of Chef Charlie Sheridan's life, the day he's about to lose his two great loves: his childhood sweetheart, Lulu, and the legendary Brighton hotel his grandfather, Franco Sheridan, opened in 1973. This is the story of the Belle Hotel, one that spans the course of four decades – from the training of a young chef in the 1970s and 80s, through the hedonistic 90s, up to the credit crunch of the noughties – and leads us right back to Charlie's present-day suffering. In this bittersweet and salty tale, our two Michelin star-crossed lovers navigate their seaside hangout for actors, artists and rock stars; the lure of the great restaurants of London; and the devastating effects of three generations of family secrets.

The story opens with the worst of all possible days for Chef Charlie Sheridan, his beloved hotel, which has been in his family for years, is in financial difficulties, and whilst some of the problem seems to be of Charlie's own making, there is no doubt that his passion for the hotel runs as deep as his love for his childhood sweetheart, Lulu.

What then follows is not just the story of Charlie's fight to keep The Belle Hotel but is also about how the hotel developed, over several decades, under the watchful eye of Charlie's grandfather, Franco Sheridan. The hotel's progression spans some of the most momentous years in recent history, from the struggle of the hotel's early days in the nineteen seventies, through the hedonistic nineties, and finally to the financial constraints of the noughties, The Belle Hotel has seen it all, and whilst it is surviving, just about, there is always room for improvement.

I'm intrigued by family run hotels, particularly those which, like The Belle have been through some rough times, they have such a complicated history and lots of character, and taking this story back to the hotel's early days allows a full picture to emerge of the constant need for reinvention,  this is brought home when Charlie, faced with ruin has to learn, and learn rapidly, how to move the business in a different direction, or lose it all together.

I found The Belle Hotel to be a quirky, feel-good story, it's nicely written and filled with both humour and pathos all of which help to keep the story moving along at quite a jaunty pace. There are some parts of it which had me laughing, and I was intrigued by the delicious recipes, especially the one for my absolute favourite Tarte Tatin, which are interspersed at intervals throughout the book. 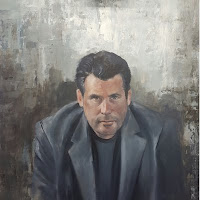 Craig Melvin holds an MA in Creative Writing from Sussex University and works as restaurant consultant in London and Brighton. He was mentored by Albert Roux at catering college and has worked in the restaurant and hotel business ever since. He also runs www.lunarlemonproductions.com with his wife Mel. The Belle Hotel is his first book. 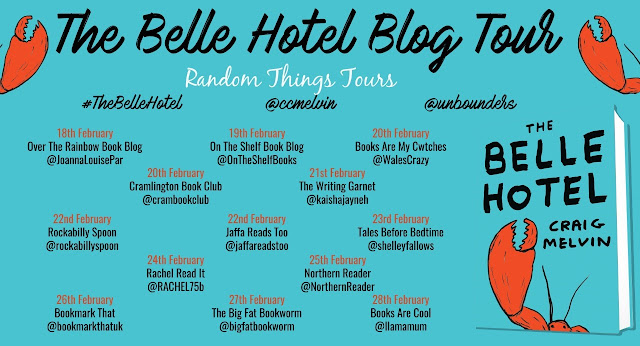