Vivienne Shager has everything going for her, but on the afternoon of her 35th birthday, Vivi has a heart attack. Unbeknownst to her, Vivi has been living with a rare heart condition and now her life shrinks back to how it begun, as she moves back to the small seaside town she grew up in. And with her time running out, there is one thing she wants to know the truth about…

Thirty years earlier, Shelley’s family home, Deerwood farm, bursts full of love and happiness. Until her husband dies in mysterious circumstances. So many secrets were buried with him, family loyalties, and things best left to history.

We tend to go blithely through life thinking we are indestructible but as this novel shows, life can, and does, change, quite literally, on a heartbeat. Vivienne Shager's life is altered forever when she experiences a heart attack on the afternoon of her thirty-fifth birthday. The result has a devastating effect, not just on Vivi as she comes to terms with her greatly altered lifestyle, but also on the lives of those around her, and even the lives of some people she has never even met. The story of how Vivi copes is in itself a captivating read but add into the mix a dual time element about something which happened thirty years earlier and the story starts to take on a whole different meaning.

The author writes this type of family saga really well and brings her characters to life in a very believable way. There is much to consider, not just about how Vivi's heart condition affects her lifestyle, but also running alongside is the consideration given to organ donation, and the meaning this has on the wider context of the story is gradually revealed. I think the first half of the book is concentrated on setting the scene and I needed to concentrate on what's happening but once the characters, and the settings, were fixed in my head, I enjoyed discovering where the story was leading.

One Minute Later is, in many ways, a rather sad story, and yet, what shines throughout is the importance of family and friends, and whilst there is sadness at the conclusion of the story, there is also hope, and love in abundance. 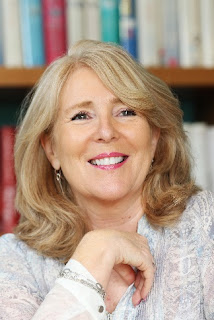 Susan Lewis is the bestselling author of over forty books across the genres of family drama, thriller, suspense and crime. She is also the author of Just One More Day and One Day at a Time, the moving memoirs of her childhood in Bristol during the 1960s.

Following periods of living in Los Angeles and the South of France, she currently lives in Gloucestershire with her husband James, stepsons Michael and Luke, and mischievous dogs Coco and Lulu.