Review ~ Claws, Paws, Feathers and Jaws and The Two Tails by Katie Christine 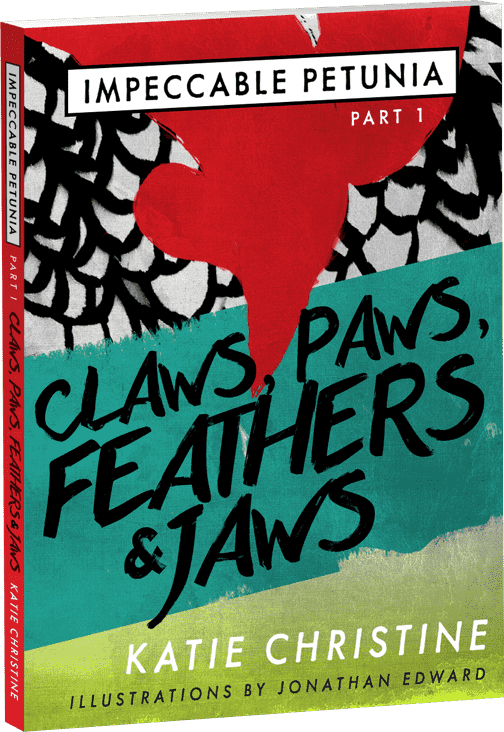 Relegated to a life without hope for anything more than a squalid existence at the bottom of the pecking order, Petunia, a backyard chicken, lives out her days in a flock where gossip flows as currency, with malice at its heart and boredom by its side. Petunia’s plight seems insurmountable until a strange woman’s tears hurl her through a labyrinth that she never anticipated and into a friendship she might not survive.


Petunia is a chicken with a heart as big as the flower garden she nourishes. Low down in the pecking order, she is never going to be accepted by the chicken hierarchy, but then an unlikely saviour in the form of Macy the cat enters her garden, and soon Petunia’s life is turned completely upside-down.

This beautifully written and delightfully illustrated little book captures the imagination, and explores some quite dark themes – there is loneliness, bullying and despair, but there is also friendship and loyalty, and some genuine laugh out loud funny moments, as Macy and Petunia take on the wrath of the chicken supremo, and her cluster of conspirator chickens.

Impeccable Petunia is one of those lovely books which has the fundamental themes of friendship, loyalty, fraternity, and equality, and all are portrayed in a sympathetic and understandable way, and the stunning illustrations really bring the story to life. 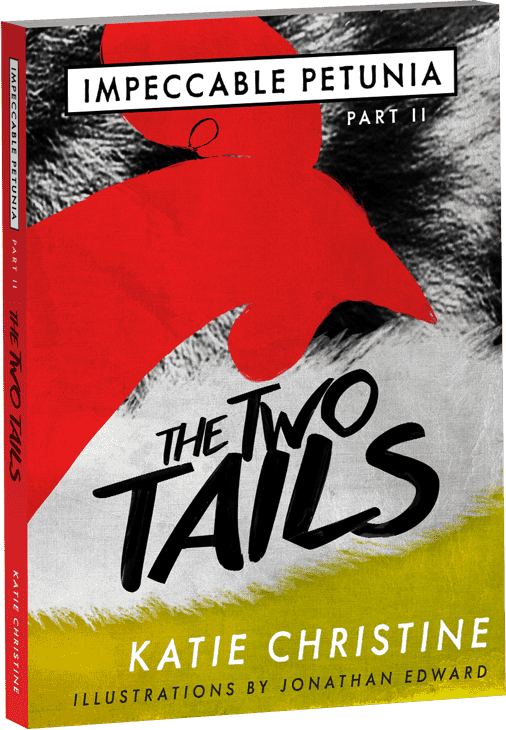 As The Two Tails opens, the flock confronts a spiral of death and disappearance. Ensnared by a rapacious raccoon and desperate for a way out, Petunia must throw herself at the mercy of the dark, open road with little more than gumption, a pair of useless wings, and a dubious companion as her guide.

It's such an interesting concept to make an entirely credible world about chickens and at first I wasn't sure that I could imagine such a world, however the author writes with such a passionate interest that her love for animals shines through any reservations I may have had. The characterisation is completely credible, and it wasn't long before I was fully immersed in this chicken inspired world. The Two Tails starts off well with an introduction to an egg stealing raccoon, who very quickly gets everything off to a dramatic and rather exciting start, and the story also sees the welcome return of Petunia, and her companion, Macy, the cat.

There's a lot going on in this second book with the introduction of some new characters and a story which is a little bit longer and a rather edgier than the first book but as before the story moves along quickly. The Two Tails covers some rather dark themes but there's also some lighter moments and the theme of camaraderie and sticking together through all sorts of adversity comes across. The story is complimented by clever illustrations which I don't think my kindle paperwhite does full justice too.

I've enjoyed this second foray into the world of Claws, Paws, Feathers and Jaws and The Two Tails and my thanks to the author for the e-copies of her books.

More about the author can be found on her Website