Ziba Mackenzie profiles killers. Now one is profiling her.

Rush hour, London. A packed commuter train is torn apart in a collision. Picking through the carnage, ex-special forces profiler Ziba MacKenzie helps a dying woman who passes on a cryptic message: He did it. You have to tell someone.

Well, Blood for Blood certainly packs quite a punch from the very beginning, and the tension doesn't let up for a single moment. The catastrophic event which happens in the opening chapter sets the scene for what becomes an exciting cat and mouse chase and which also introduces us to Ziba Mackenzie, a new female protagonist.

Ziba is quite a character, who as an ex-special forces profiler, enters the story completely fully formed and even though this is the first book in a new series, I felt as if I had known Ziba forever. She's feisty and funny, doesn't suffers fools and even though her heart is broken by something which has happened in her personal life, she doesn't let her personal feelings get in the way of tracking down a serial killer who seems to be obsessed with getting Ziba's attention at every opportunity.

The story is fast and furious and the plot has such a visceral pull to it that even though it's quite shocking in places, it also stops your attention from wandering. I enjoyed trying to keep one step ahead of the killer, and even though had I sort of worked out where the story was heading this didn't spoil what is, after all,  a very cleverly plotted crime story.

At the start of any new series there is a certain amount of getting to know the characters and whilst I felt very comfortable with Ziba from the beginning, it was also really interesting to get to know the other people who flit into and out of her world, especially Jack, who is one of the good guys.

Blood for Blood certainly gets the series off to a great start and I'm already looking forward to meeting up with Ziba again in Nothing to Lose, which is due sometime this year. 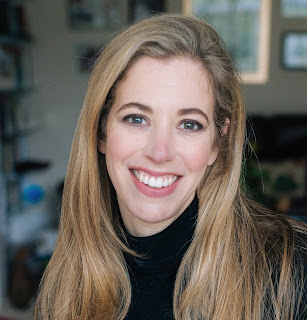 After graduating from Oxford University, Victoria Selman studied Creative Writing at the City Lit and wrote for the Ham & High and Daily Express newspapers.

In 2013 she won the Full Stop Short Story Prize and her first novel, Blood for Blood, was shortlisted for the 2017 Debut Dagger Award.

Victoria lives in London with her husband and two sons. 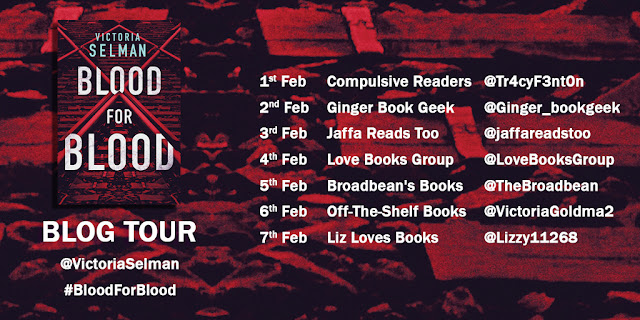