Blog Tour ~ Dreaming of Tuscany by T A Williams

Beatrice Kingdom (Bee to her friends) wakes up in hospital in Tuscany. After an accident on a film set leaves her burned and scarred, she feels her whole life has been turned upside down.

Bee is offered the chance of recuperating in a stunning Tuscan villa in the company of a world-famous film star, the irascible Mimi Robertson. Here amid the vines and olive groves, Bee quickly finds there’s more to the place than meets the eye, not least a certain Luca (and Romeo the dog).

As she comes to terms with her injuries and her new life takes shape, Bee will have to travel a road of self-discovery… and make a huge decision.

This is such a lovely story and a perfect pick-me-up after the gloom of winter. The beautiful Tuscan setting allows the gentleness of the narrative to wrap around you and gives you such a cosy, warm feeling.

I was quite enamoured of Bee, who after a dreadful accident on a film set, is sent to recuperate in a beautiful Tuscan villa, her companion on this retreat is a very well known film actress who is also recovering from the after effects of the same accident. The relationship between Bee and Mimi is at first a little difficult but the magic of the place and getting to know the interesting characters, particularly the handsome Luca, and Romeo the delightful Labrador,  soon help both women to relax.

Dreaming of Tuscany is a really lovely story, with its glorious Tuscan setting, delicious descriptions of Italian food and wine, and the charming characters who tug away at your heartstrings. I spent an enjoyable afternoon in the company of Bee, Mimi, Luca and Romeo, and whilst I was sorry when the story ended, as I could have read on and on, I was absolutely delighted to have been treated to another lovely feel-good story from this talented author. 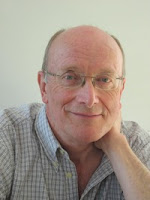 T.A. Williams lives in Devon with his Italian wife. He was born in England of a Scottish mother and Welsh father. After a degree in modern languages at Nottingham University, he lived and worked in Switzerland, France and Italy, before returning to run one of the best-known language schools in the UK. He’s taught Arab princes, Brazilian beauty queens and Italian billionaires. He speaks a number of languages and has travelled extensively. He has eaten snake, still-alive fish, and alligator. A Spanish dog, a Russian bug and a Korean parasite have done their best to eat him in return. His hobby is long-distance cycling, but his passion is writing. 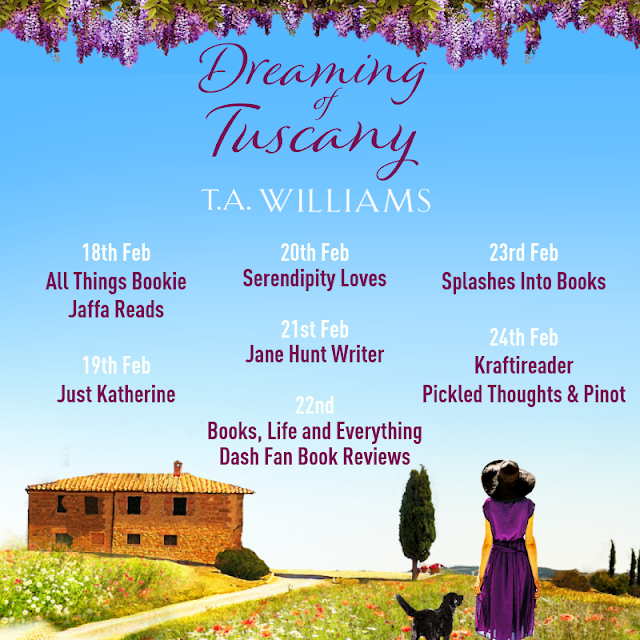