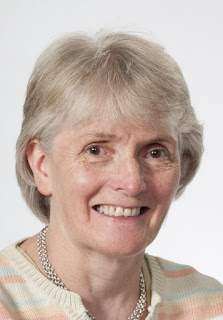 A very warm welcome, Margaret. Tell us why you love writing historical fiction...

Now here’s the thing – I’ve written short stories for more years than I like to admit to, and with some success. And over the years 3,000 words became my literary equivalent of a ‘comfort blanket’. There was absolutely no way that I thought I could ever write a novel - 100,000 words seeming far beyond my capabilities. 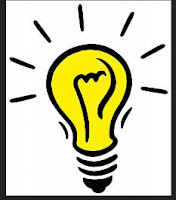 But lightbulb moments generally happen when you least expect them. And so it was with me, when someone (whom I can’t now remember, but to whom I remain eternally grateful) said that a novel was only 30 short stories, without the trouble of thinking of a fresh location, characters, plot etc each time. And as said ‘lightbulb’ moment coincided with circumstances which gave me additional time and space to write, the first decision was made – a novel it was going to be.

Now came the hard bit – what would I write about? All my short stories up to that point had been contemporary, but I was struggling to think of any contemporary plotline that I wanted to explore in depth. But there was an event that however much I tried to dismiss it, kept popping into my head. There were two potential problems though – 1) it had happened in Scotland in 1586, a setting and period that I was rather less than familiar with, and 2) it was rather grisly.

Looking back I can see a pattern – many of my contemporary stories are set in locations that I’ve never visited such as Kenya and Afghanistan and thus are as far removed from me geographically, as the Massacre of Annock is in time.

I’ve come to realise that I relish the challenge of transporting readers to a time and / or a place that neither I, nor (likely) they, have ever been.

So much for period, but what about topic? We all know the advice – ‘write what you know’. Yet on the face of it I appeared to specialize in writing what I didn’t know. Delve a little deeper though, and it became clear that there was a common thread that, in some guise or other, ran through most of what I had already written. That thread was conflict. Perhaps it wasn’t altogether surprising, given that my teenage years were dominated by the ‘Troubles’ in Ulster, so that what I knew in emotional terms was what it was like to live with an ever-present danger and the very real sense that each day might be my last.


The parallels of life in Ulster with the Cunninghame / Montgomerie feud in 16th century Scotland, a feud that was punctuated by tit-for-tat atrocities over a period of some 150 years, are obvious – the issues of tribalism, of diverse loyalties, of right versus expediency, and the impact that living within a conflict situation places on families, on relationships and on personal integrity. I could have written about all of those things in the context of contemporary Ulster, except that I couldn’t because it felt too close for comfort. So, instead, I chose to tell a similar story, at 400 years remove.

If emotionally it was easier to write an historical novel, in other ways it was harder - the research for the Munro saga took several years initially, and isn’t over yet, but the more I did, the more I enjoyed it. Getting into the mindset of a different era is also challenging, as is striving for an authentic ‘feel’, but for me it is an effort worth making. I’m now writing my fifth historical set in the 16th century – a Scottish trilogy and the first of two set in Saxony are already published- and when I’ve finished the current novel, while I may change centuries and location, I suspect I shall remain writing historicals for some time to come. And loving (almost) every minute of it.


and for sharing her love of writing historical fiction