I am delighted to welcome back to the blog, Jasper Barry, author of  That Deplorable Boy

✧A warm welcome, Jasper, tell us why do you write historical fiction ✧

I suppose it's the challenge. Like all novelists, I want to draw the reader into a world that they can see, touch, smell. But for me, driven by my addiction to nineteenth- century European history, that's the vanished world of Belle Époque France. And, because I'm also hooked on the period's literature, I use as my model the nineteenth-century novel, with its expansive reach into all walks of society and its characters battling against rigid rules of class and morality.

The Miremont novels, The Second Footman, and the latest, That Deplorable Boy, don't dramatise specific historical events - although, if there's a crisis, like the 1882 crash of the Paris Bourse, it will feature in conversation. My aim is to place my characters firmly in the world of the time and make you feel what it was like to live then. But I've added a contemporary touch: the troubled love affair central to the novels is between two men, Armand de Miremont, a rich middle-aged marquis and Max, a handsome but unscrupulous young man of dubious and mysterious origins.

Homosexuality was not illegal in 1880s' France. But it was still condemned and carried the risk of ostracism and blackmail. How easy is it to hide an illicit affair when you live in a house full of keen-eyed servants? And, in That Deplorable Boy, Max and Miremont's difficulties are compounded by the arrival of Miremont's estranged wife, Aline, who has brought his virginal younger daughter, Juliette, to Paris to make her debut.

Miremont is torn between his jealous obsession with Max and his duty to be an upstanding father. Max, although promoted from footman to secretary, finds himself in social limbo, viewed by Miremont's family as no better than a servant, but scorned by the servants as "jumped up". He is, in the words of Old Jouvert, the sinister ex-butler, "neither fish nor fowl," and soon he is at risk of losing even this questionable status.

As with The Second Footman, That Deplorable Boy balances life in the opulent salons of the Hôtel de Miremont with what goes on in the servants' hall - the squabbles between Miremont and his wife have a direct impact on the servants, greatly increasing their work, setting them against one another and, in the case of a new livery that makes them look like wasps, driving them close to rebellion. There's a ball too, but this one does not happen as if by magic; we see it from the point of view of Max, who is given the unenviable task of organising it to Mme de Miremont's satisfaction. The ball, of course, like all the best balls in novels, provides the spark that ignites the final slow-burning but devastating crisis of the book.

When I began writing the Miremont novels I imagined I wouldn't need to do much research, as I was well up on the historical background. After all, the key thing is getting the characters and their motivation right and many of the conflicts they grapple with are no different from today's - social inequality, prejudice, sexual abuse, the pain of discovering the truth about your parentage, the agony when your heart tells you one thing but your conscience another… But, in fact, to make the setting for these conflicts as authentic as possible, I've been researching ever since.

I like to be able to visualise things. It's a wonderful excuse to go to France, to the countryside for Miremont's estate, Beauvallon, and, of course to Paris - one task for That Deplorable Boy was to find out how long it would take Max to walk from Saint-Sulpice to Montmartre. Often I use paintings and old photographs, for instance for the book's skating scene on the frozen lakes of the Bois de Boulogne, or the ball's fête galante costumes. The section of the novel set in Beauvallon required research into 1880s' farm machinery. The internet is also a boon, but for the novel's fencing bout, having watched numerous YouTube videos, I found a very helpful fencing academy, so I could feel what it was like to wear a mask and hold a foil and where I learned to my delight that fencing is like chess, but with weapons.

I like to be able to see things I'm not necessarily even going to mention: where people stand in a room, how they move across it. I once spent forty minutes wondering how a character in a servants' room without a fireplace could dispose of his cigarette when ashtrays were not yet invented - until I remembered there was a candle, and candle holders had a tray for spent matches, whereupon I could happily forget the cigarette and get on with the scene.

So yes, it's a challenge to recreate the past. But it's also fascinating. 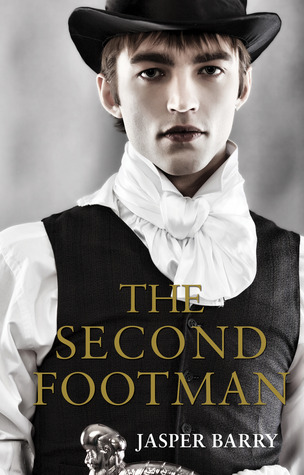 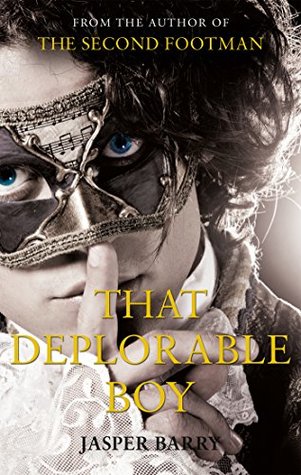 More about That Deplorable Boy

The long-awaited follow-up to The Second Footman.

A modern take on the nineteenth-century novel, set in 1880s’ France and full of period detail and atmosphere.

Who is Max Fabien? Is he the loyal secretary and faithful lover of the marquis de Miremont? Or a handsome but unscrupulous trickster, who regards lying as an accomplishment and any sexual quarry as fair game?

Miremont’s heart says one thing, his jealousy another. But his obsessive passion for the boy must remain a dark secret—no easy task when his estranged wife and their younger daughter arrive in Paris for a prolonged visit.

Soon the strain begins to tell. The Hôtel de Miremont becomes a hive of gossip, mistrust, intrigue and deceit, and Miremont is faced with an impossible choice.

Meanwhile the grim secrets of Max’s past continue to haunt him. Has the time come for him to claim his not-so-rightful destiny?

That Deplorable Boy is the second book of the Miremont trilogy, charting the course of a gay love affair between an aristocrat and a former servant in late 19th-century France. Rich in period detail and set in the grand châteaux of Paris and Burgundy, the novels explore the suffocating social codes of the time and the conflicts and dangers they bring for those who must live outside them.

" Since writing (an appalling) first novel at boarding-school by torchlight under the bedclothes, Jasper Barry has spent a lifetime writing, in advertising, in journalism and as a novelist. Barry lives in London with too many books and three obstreperous cats."