LONDON, 1590. Queen Elizabeth I's control over her kingdom is wavering. Amidst a tumultuous backdrop of Spanish plotters, Catholic heretics and foreign wars threatening the country's fragile stability, the body of a small boy is found in the City of London, with strange marks that no one can explain.

When idealistic physician Nicholas Shelby finds another body displaying the same marks only days later, he becomes convinced that a killer is at work, preying on the weak and destitute of London.

Determined to find out who is behind these terrible murders, Nicholas is joined in his investigations by Bianca, a spirited tavern keeper. But when their inquiries lead them to the fearsome attentions of the powerful Robert Cecil, Nicholas is forced into playing to Cecil's agenda, and becoming a spy...

As more bodies are discovered, the pair find themselves caught in the middle of a sinister plot. With the killer still at large, and Bianca in terrible danger, Nicholas's choice seems impossible - to save Bianca, or save himself...

When young physician, Nicholas Shelby attends the autopsy of a young child who has been dragged from the Thames, he notices a sinister mark on the child’s body which, it would appear, isn’t of interest to anyone but him. Convinced that there’s something about the child’s death which isn’t quite right makes Nicholas all the more determined to find out what is happening to the weak and destitute of the great Elizabethan city of London.

Grief stricken by a personal tragedy, Nicholas, is set on the road to ruin, until he is pulled from the brink of despair by a mysterious tavern keeper, known as Bianca, who nurses Nicholas back to health and strength. Gradually, Nicholas shares his fears about the mysterious death of the child with Bianca and when another corpse is pulled from the river, they set out to discover what they can about a potential serial killer who is targeting the poor, the lost and the lonely.

Bringing Elizabethan London to glorious life, the author describes the hidden aspects of the city with all its shadowy places in such a vivid way that you feel as if you walk the dark and gloomy streets alongside Nicholas and Bianca. The mystery at the heart of the novel is well explored and I particularly enjoyed the shadowy chapters which allow a glimpse into what’s happening in the background, sharing tantalising clues and snippets of information about the dark heart of the story.

Beautifully written, impeccably researched with a distinct eye for historical detail, the story takes us from the lives of the great and the not so good, to the abject misery of the poor and weak. Compelling and atmospheric from the very start, The Angel’s Mark is a richly described tapestry of life in Elizabethan England. 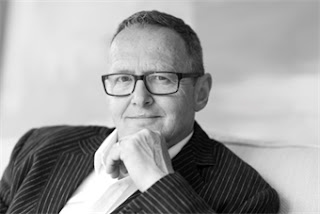 S. W. Perry was a journalist and broadcaster before retraining as an airline pilot. He lives in Worcestershire with his wife and two spaniels. 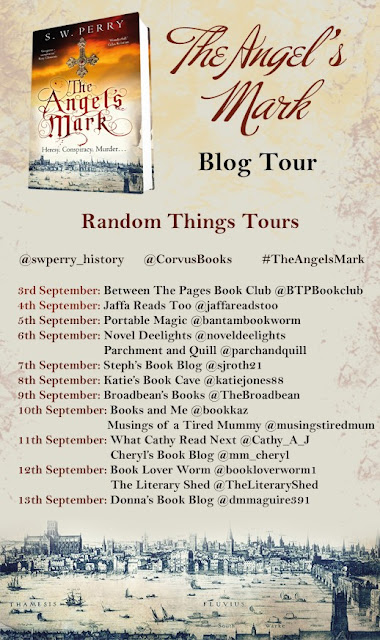