Hist Fic Saturday ~ The Road to Newgate by Kate Braithwaite

Historical fiction has the ability to take you to a place long ago, back to a time that isn't your own, with customs, traditions and legends which have been set down in history books. Mostly, I know a little about the time and place I find myself in, but not always, and so in The Road to Newgate, it's been a real treat to spend time with a story I didn't know too much about, that of the infamous preacher, Titus Oates.

The Road to Newgate is a vivid description of this unsettled time and is told through the eyes of  three fictional characters who were caught up in the events as they happened. Nathaniel Thompson, writer and Licenser of the Presses, his wife Anne, and their friend, William Smith, all help to bring the story to life in a realistic way and intertwining real historical figures with that of fictional characters also gives an authentic edge to what was happening.

The story covers the tumultuous events which began in 1678 during the reign of Charles II and although England has had some stability during his 18 year reign, there is always intrigue and insurrection just waiting to happen. Religious discord, particularly from those who would have England return to Catholicism, is a constant threat, and so when the preacher, Titus Oates incites panic with news of a new Popish threat which threatens to kill the King, the meeting houses and coffee shops on the streets of London are decidedly twitchy.The city comes gloriously alive, so that you can hear the angry shouts, feel the danger and despair, and, as you traipse through seventeenth century London, the scented rag you hold your nose does little to disguise the dirt and squalor of this teeming city.

The author does this type of historical fiction so well, cleverly blending fact with fiction, danger with intrigue and all the necessary emotion along the way. The mystery at the heart of the novel is handled well and I whilst it sounds strange to have enjoyed time in the hell hole that was Newgate Prison. The author's vivid descriptions of the place makes you feel that you have actually been incarcerated within its walls, on execution day, with the dubious aroma of boiling flesh filling your nostrils.

The Road to Newgate is an atmospheric insight into a turbulent and dangerous time. The author has done a commendable job in bringing place, people and historical detail to glorious life. 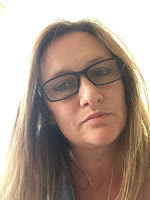 Kate Braithwaite grew up in Edinburgh but now lives with her family in Pennsylvania. The Road To Newgate is her second novel.

The Road to Newgate is available to buy from Amazon UK  and other good book stores.