‘A knight who isn’t skilled in arms can count for nothing in this world, remember that. It is your destiny to fight.’

With the words of his dead father ringing in his ears, Sir Garon leaves his new wife, Elise, and their green domain of Haddertun for blood and dust and disillusionment in Palestine. Meanwhile at home Elise is forced to fight for her survival and her honour in the brutal man’s world that is twelfth century England. Set against the backdrop of the Third Crusade and a villainous King Richard, The White Cross is a passionate and moving love story, and so much more – a thrilling and engaging novel that shines a fresh light on timeless issues of morality and faith and the futility of war.


I enjoy a crusade story and this one certainty packs a hefty punch as, coming in just at 530 pages, it certainly takes some committed reading time. It's a lively account of the relationship between Sir Garon, a crusader knight and his wife Elise. Garon's vivid recollections of the third crusade makes for interesting reading as does Elise's account of managing the couple's estate in her husband's absence.

The story overall is divided into manageable sections with the narrative separated by the slightly unusual means of having different type-font for the main characters, a method which I found a little disconcerting at first, but as the story progressed I became more comfortable with the idea as it helps to place the characters very firmly in the story. Interspersed within Garon’s and Elise’s individual stories is that of Richard I, the Lionheart of our history, which depicts this enigmatic warrior king in an altogether more challenging light, and one which isn’t particularly flattering. That Richard is portrayed as selfish, vicious and arrogant is rather at odds with the image we have of a bounteous Crusader king whose chivalry and military success is the stuff of legend. But such is the way of historical fiction and it's interesting to have a different perspective.

The general historical feel of the story is good, and whilst there's a certain amount of colourful language, which may offend some, it certainly adds a realistic edginess to the story. The narrative flows throughout and there is enough historical detail to make the whole thing feel authentic. The author writes well and has an interesting turn of phrase. It is obvious that he has clearly done his research and this helps to bring time, place and history alive in the imagination.

A cousin of the poet, John Masefield, Richard has worked in a variety of spheres – as an actor and an adman, as a care manager and teacher at a school for disabled children and for many years as a livestock farmer. But always he has returned to writing. He is a regular speaker at literary and reading group meetings. He lives in Tenterden in Kent with his wife, Lee. 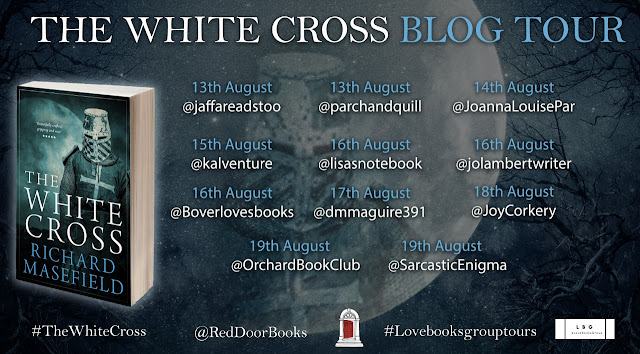