Here are two things I know about my mother:

Anna has always believed that her mother, Debbie, died 30 years ago on the night she disappeared.

But when her father gets a strange note, she realises that she’s never been told the full story of what happened that night on the cliff.

Confused and upset, Anna turns to her husband Jack – but when she finds a love letter from another woman in his wallet, she realises there’s no-one left to help her, least of all her family.

And then a body is found…


11 Missed Calls is the story about family secrets which have been buried for far too long and when those secrets threaten to come to the surface, life will never be the same for those who have been affected by a mystery which spans over thirty years. When her mother, Debbie, disappeared whilst on holiday, Anna was just a baby and for all of her life she has lived with the shadow of her mother’s disappearance and the belief that her mother was dead. Brought up, with her brother, by her father and her step mother Monica, who happened to be Debbie’s best friend, makes Anna’s story all the more complex. The story is split into two frames, that of the present and the past, and we get two different points of view, that of Debbie in the nineteen eighties, and Anna in the present.

The author writes this type of domestic noir well and controls the dual time aspect of the story with skill. I enjoyed the parts of Debbie’s story which are set in the 1980s as this brought the era alive in the imagination. In the present, Anna’s pain and confusion as she gradually learns the secrets of her mother’s past is written with a sympathetic eye for detail. Parts of the story felt a little bit slow, but I think that was quite deliberate in order to give this character-driven family drama the necessary time for the story to be revealed gradually.

11 Missed Calls explores those dark secrets which families try to keep buried but then, as we gradually discover, everyone has a reason for their actions. This complex family drama goes a long way to establish the truth so that Anna and her family can finally have the truth and some resolution. How they get there is for you to discover for yourself... 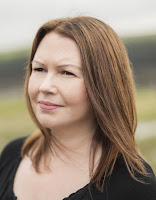 Elisabeth Carpenter lives in Preston with her family and has been awarded a Northern Writers' Award bursary from New Writing North, and she was long-listed for the Yeovil Literary Prize (2015) and the MsLexia Women’s Novel award (2015). 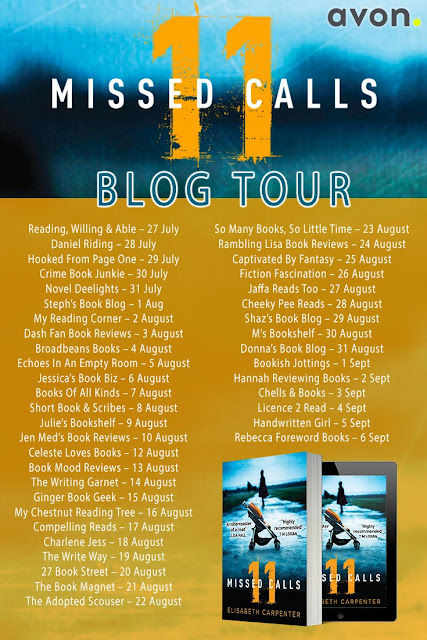