Blog Tour ~ The Light Between Us by Katie Khan

Thea and Isaac were once close, but they’ve grown apart.

Thea works tirelessly, convinced that she can prove everyone around her wrong - convinced she can prove that time travel is possible. But when her latest attempt goes awry, she finds herself picking up the phone and calling her old friend.

Isaac is in New York - it’s the middle of the night, but when he sees who’s calling him, he cannot ignore his phone. At Thea’s request, he travels home, determined to help her in her hour of need. But neither of them are prepared for what they will discover when he gets there.

The Light Between Us is a story of second chances and time travel. It begs the dangerous question that we all ask ourselves - what could have been?


I'm rather partial to a story which involves time travel and The Light Between Us is an interesting take on the subject which starts with Thea, a PHd student at Oxford University, trying to discover if her complex research into time travel is going to succeed. Her theory concerning travelling through time needs to be proven, so, when her attempt goes badly wrong, Thea must do everything in her power to make things right.

What then follows is a story about righting wrongs and of Thea's need to prove that, if given a second chance, she can begin to make amends for what has happened in the past. It's also about the power of friendship and I enjoyed the interaction between Thea and her friends, and of course, wanted everything to work out well for Thea and Isaac. Just what happens between them all takes us into the heart of the story.

The author writes well and controls a complicated plot with a degree of charm which I found fascinating, and there are some lovely light touches which I enjoyed reading. However, there were times within the story when I became a little confused as to what was going on, and had to back track a couple of times to check up on things, but overall, I did enjoy wondering just how the story would eventually play out.


Time travel novels are notoriously difficult to carry off without the whole plot-line seeming overly fantastical and I think that, on the whole, the author has succeeded in making the concept of time travel seem quite believable 😉

The Light Between Us is an entertaining read for a sunny afternoon in the garden. 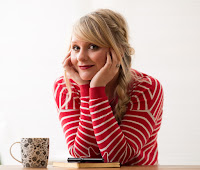 Katie Khan has spent 10 years working in online editorial in the film industry, including 4 years as Head of Digital at Paramount Pictures. She joined Warner Bros. in 2017 to work on a major film production. Her first book, Hold Back the Stars, is being adapted into a film by the producers of Stranger Things.

She is a graduate of the acclaimed Faber Academy writing course. Katie lives in London with her boyfriend and rescue cat Artie. 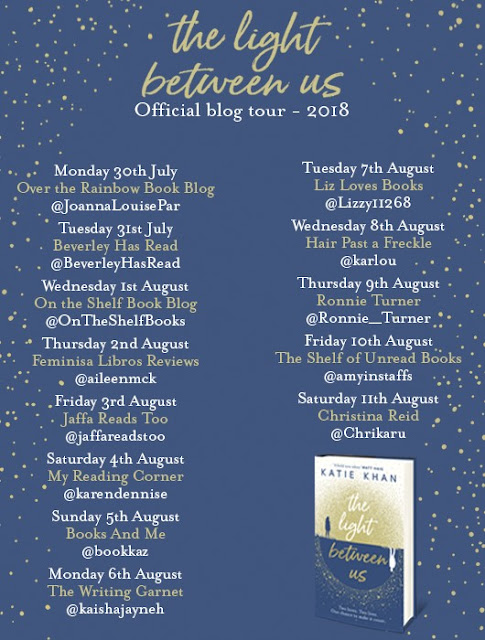