The author in my spotlight is ...Jane Lambert

I am delighted to welcome the author Jane Lambert to Jaffareadstoo 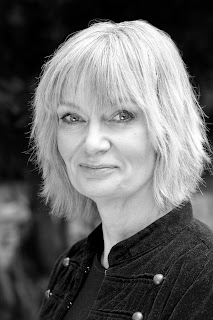 Learning To Fly by Jane Lambert

Whatever would possess someone to give up a well paid job travelling the world, a beautiful flat, a flashy car, a pension and security to enter a profession that boasts a 92% unemployment rate?

That’s what I did 25 years ago to follow my dream of becoming an actress. Some people thought me brave. Others thought me mad. It’s been a rollercoaster ride at times but I wouldn’t change a thing.

When not acting I’ve had to do all sorts of odd jobs to pay the bills – from cleaning, waitressing and office work to handing out bags of crisps dressed as an aubergine.

I have met so many people along the way who feel trapped in jobs they don’t like, but are stuck because of financial commitments. These conversations inspired me to write a book about how success is not necessarily a financial thing and doing what gives you fulfilment is healthier than focusing on your Christmas bonus. There are plenty of self-help books written on the subject, but I wanted to write a romantic, bittersweet comedy with this underlying theme. My main protagonist is an ordinary woman starting over on her own at a time of life when most people are settled and secure.

While sitting in the wings waiting to go on and in draughty theatre dressing rooms, I began to write the novel I had been carrying around in my head for years.

I chose the title “Learning To Fly” not just because Emily, the central character, is an air stewardess, but because it’s a metaphor for breaking free and starting something new, for stepping out of your comfort zone and looking risk in the eye.

The subtitle of the book is “some things happen for a reason”. At the start of the book Emily’s seemingly perfect life is falling apart, but eventually she realises that this had to happen to pave the way for something better.

I don’t know about you, but looking back, I can often see there was a reason for not getting a job or why a relationship didn’t work out.

(I have my Italian ex-husband to thank for providing the recipes contained in the book, so you see, every cloud has a silver lining!)

I quote George Eliot on the first page who said: “It is never too late to be what you might have been”. This is the message behind the book: to anyone, no matter what age, who is going through major change – be it willingly or unwillingly - the book is saying this: hang on in there, don't give up, ignore negative feelings or comments and have a go – you may be surprised where the unknown path takes you.

Last month I was delighted to be invited to take part in Blackwell’s Writers at the Edinburgh Fringe. It was such a thrill to see my book on sale in Edinburgh’s oldest book shop and to have the opportunity to read a chapter to an audience of book lovers and fellow authors and to hear their laughter. 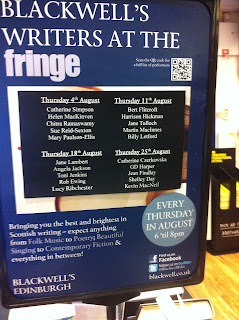 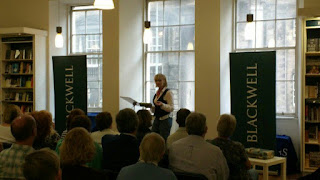 A few people asked if there will be an audio version. I have recorded books by other writers and now I’m inspired to record my own.

The sequel, “Marriage, Mafia & Mozzarella” will be published next year.

“Learning To Fly” is available from Amazon and most book shops. 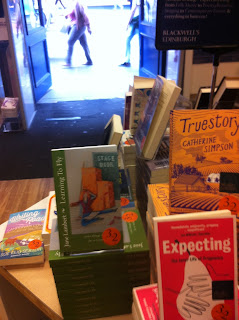 Huge thanks to Jane for visiting us today and for sharing her thoughts about writing and what it means to her and also for allowing us a glimpse into her exciting time at the Edinburgh Fringe.